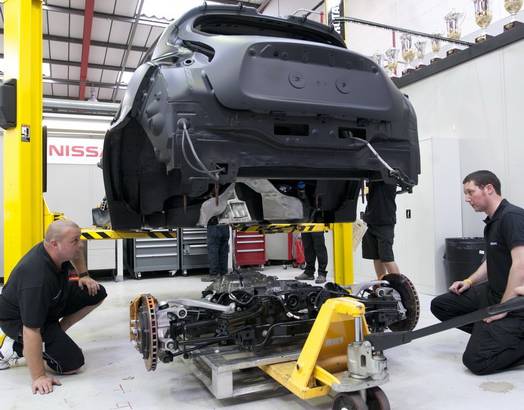 Ok so the mini series that follows the Juke R’s development has arrived at the phase where the gearbox and drivetrain are being fitted, so here is Nissan releasing the 5th video which talks about the challenges that needed to be addressed.
The main issue was represented by the fact that the GT-R’s wheelbase is 250 mm shorter than the Juke’s, so in order to work around this problem, Nissan had to fit the crossover with shorter prop shafts while making sure rigidity and handling were not affected.
Of course numerous other measures had to be taken, and in the end Nissan claims that driving experience changing gears in the Juke R will be the same as in the GTR.
Rigidity tests were also performed, so get ready for the next video which will offer details on ergonomics and how Nissan made sure the driver would sit in the best possible position behind the steering wheel. 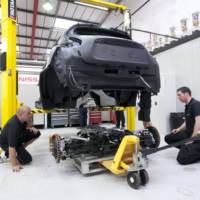 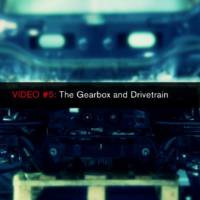 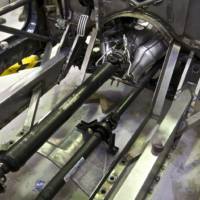 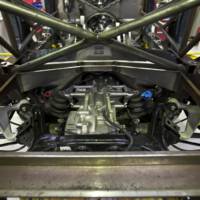 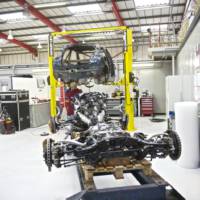 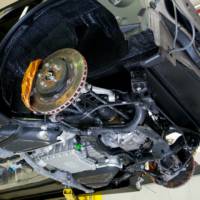 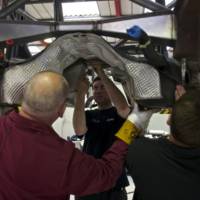 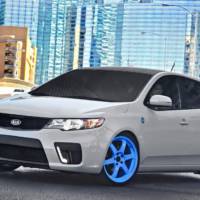 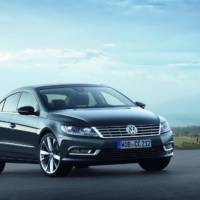