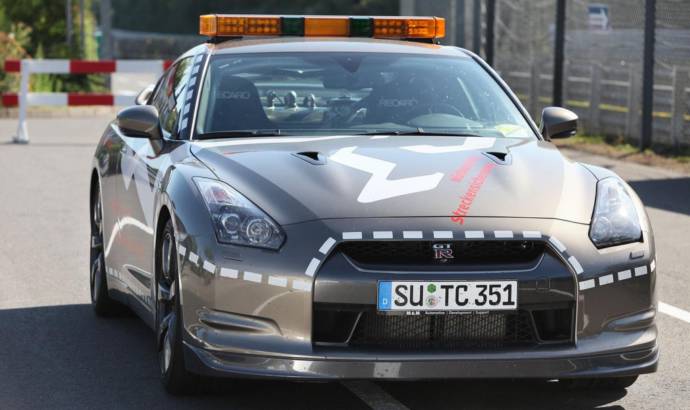 The Nissan GT-R Firefighter is a car that is specially designed for fast response in case of emergency calls at the Nurburgring track.
The Nissan GT-R Firefighter is equipped with a fire extinguishing system that has water and foam plus a hose pipe that is accessible trough the boot. Designed to offer the quickest response time possible the Nissan GT-R Firefighter has lapped the Nurburgring circuit in 7 minutes 26 seconds 70 and even with all the equipment that weights close to 200 Kg this special vehicle managed to go around the track in less than 8 minutes.
The Nissan GT-R Firefighter packs 485 PS, with a 50-litre water tank replacing the rear seats, and all modifications were conducted by M&M Automotive.
Nissan press release :
The ultimate fire-fighting vehicle is ready for the ’ring. Nissan has today presented a specially redesigned GT-R to Nürburgring GmbH, providing the fastest possible response to emergency calls at Nürburgring’s Nordschleife circuit.
Equipped with a fire extinguishing system with water and foam on board attached to a hose pipe accessed via the sizeable boot, this GT-R is designed to get to the scene of a blaze in the quickest possible time. In standard road-car form, the GT-R is capable of lapping the famous Nordschleife in only 7 mins 26 seconds 70*, making it the perfect tool for the Nürburgring’s emergency services. Even with the extra 200kg of fire fighting equipment on board, the GT-R can still lap the challenging circuit in less than 8 minutes.
When hundreds of amateur drivers take on the rollercoaster circuit in Germany’s Eifel region during public test drives, accidents are all too common. With over 12 miles of tarmac to cover, getting to the scene of a blaze in a bulky fire truck takes valuable time, so the GT-R will provide fire fighters with an invaluable new safety tool.
The redesigned GT-R is a gift from Nissan to the Nürburgring operator in thanks for the company’s collaboration in developing the 485PS supercar. The fire-fighting conversion was carried out by M&M Automotive, a Bonn-based specialist for car development and motor sports. The GT-R’s two standard backseats were taken out and replaced with a 50-litre water tank, which was secured with a roll cage.
There is a medium-pressure extinguisher system (20 bars) as well as a winding device for the hose. The only other differences between this GT-R and one straight from the factory is the additional radio communication system, the new Recaro sports seats and the roll bar. With a foam reach of around 18 metres and a 20-metre hose, the unit will be able to fight fire for around two minutes on one tank.
The GT-R Nürburgring rapid response service vehicle was presented by Michael Bierdümpfl, Director of Communication at Nissan Center Europe GmbH, to Dr. Walter Kafitz, Managing Director of Nürburgring GmbH, today, Friday August 14th. The fire fighter’s favourite can now be seen at the race track entrance.
*Lap time of 7min 26 seconds 70 recorded on April 23 2009 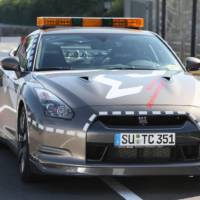 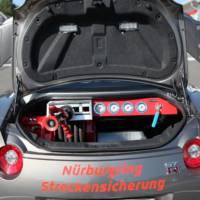 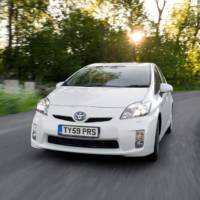 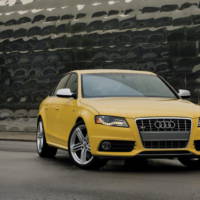