The moment in which we find out how the new Audi A6 compares against long time rivals like the Mercedes E Class and the BMW 5 Series is here, as journalists from AutoExpress have tested the latest versions of these popular German sedans and told us what they think about each of them.
As you know the 2012 Audi A6 has been redesigned from the ground up and features a new chassis, revised engines and refreshed body work, with an interior that resembles the one in the A7 and standard features like leather seats, parking sensors and satellite navigation.
Keeping up with their tradition, the Audi A6 build quality is very good, and at the back, this new generation offers a little more leg room for its passengers than its rivals. The luggage compartment is also generous, with a capacity of 530 liters which even though it is 10 litres less than the one in the Mercedes E Class, it is also 10 litres more than in the BMW 5 Series.
When equipped with the 2.0-litre diesel engine the new Audi A6 becomes one of the most efficient executive cars, able to return around 60 mpg (UK rating) with less than 130 grammes of CO2 emitted per Km. The interior of the 2012 A6 is nice and quiet which means this new generation is great for both long journeys and also city driving, with the improved suspension and handling also playing a major role in this.
Some of the downsides regarding the 2012 Audi A6 are its price which at 30,000 GBP is slightly over the E Class and the 5 Series, the steering lacks feel and the comfort level can’t match the one in the Mercedes.
When compared to the 5 Series the A6 does not match it in terms of handling, but is scores points due to the fact that is is available with four wheel drive and will hold its value better than the BMW.
Overall AutoExpress thinks the 2012 Audi A6 is a better buy than its rivals, and you’ll have to watch the video below to see some of the other points raised in its favor by the British journalists.


SEE ALSO:  This is the 2021 Audi A3 Sportback plug-in hybrid with 245 HP
Source: Auto Express via YouTube
Share this 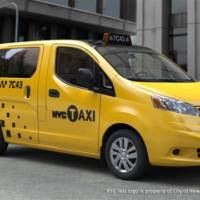 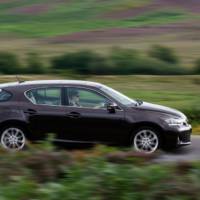