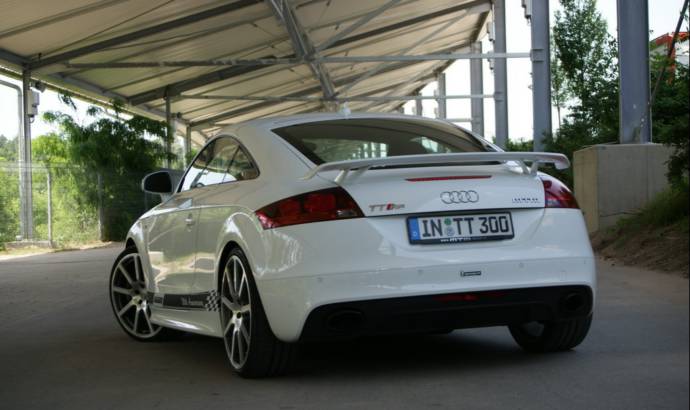 German tuner MTM has taken their power packed MTM Audi TT RS to the Nardo circuit in Italy, as they wanted to see how fast it can go.
It turns out the MTM Audi TT RS can reach 312 Km/h, and the upgrades that made it all possible include a revised ECU, a new turbocharger and a also a new exhaust system.
These modifications enable the MTM Audi TT RS to produce 472 bhp (347 kW) @ 7,000 rpm, which means 92 bhp upgrade from the stock version.
This 472 bhp MTM Audi TT RS can rocket from 0 to 100 Km/h in 3.9 seconds, and as we’ve already mention its top speed is 312 Km/h achieved at Nardon while using 20 inch bimoto wheels wrapped in Dunlop Sport Maxx tyres.
Pricing for the MTM Audi TT RS with 472 bhp conversion is 14,500 Euro, and the German tuner said that right now it is working on a 500+ bhp upgrade.
MTM press release :
MTM TT RS: With 472 bhp faster than 310 km/h
* Audi refiner MTM drives 312 km/h with the TTRS in Nardo
* Sophisticated technique to ensure best driving values
* Complete package including wheels and brakes
How much engine performance do you need to break 300 km/h? The ones who think that this needs more than 500 bhp will learn that this is not correct. The TTRS with 472 bhp by MTM from Wettstetten / Ingolstadt was GPS measured to be 312 km/h at test runs on the Nardo highspeed track in Italy at the beginning of September 2010. For many other tuners a hard nut to crack despite of increased efficiency.
"It’s not decisive what we measure on the dynamometer but how many bhp you get on the road" says Roland Mayer, owner and Head of the technical Department of MTM. The right master plan has a bigger effect on driving dynamics, acceleration times and maximum speed than the search for a maximum in performance values.
In the case of the MTM TTRS this means: modification of the control unit, MTM turbo charger and a complete new MTM exhaust system from turbo.
The result: 472 bhp (347 kW) with 7.000 rpm/min, a 0-100 km/h time of just 3.9 seconds and a top speed of 312 km/h – driven in Nardo with Dunlop Sport Maxx tyres on 20-inch bimoto wheels.
The MTM TTRS with 472 bhp doesn’t has to fear the competition of other tuners, who are still fighting with 300 km/h and can’t reduce 0-100 km/h time under 4.0 seconds despite a plus of 30 bhp.
MTM is one of the leading and at the same time the fastest of all Audi refiners worldwide. Within the last years engineers from Wettstetten showed best values:
MTM RS6 R with a top speed of 344,2 km/h is the fastest station wagon in the world. A MTM customer drove this record in Nardo in 2009. Moreover the fastest Bentley GPS measured 331 km/h in 2008 is from Roland Mayers workshop.
The TT Bimoto with two engines set as well a new record by driving 393,6 km/h in Papenburg in 2007.  Today the Bimoto is still holding the track record for street-legal cars in Nardo driven by Florian Gruber. Nardo test drives under extreme conditions are an important part of MTM development work.  Outside temperature was temporary at 35 degrees.
The costs for the upgrade from 380 to 472 bhp are about 14.500 € incl. tax and installation. The price for 20-inch bimoto forged rims, 15-inch brakes with eight-piston calipers (front axle) is 9.973 € incl. tax and installation.
Right now MTM is working on an over 500 bhp version. 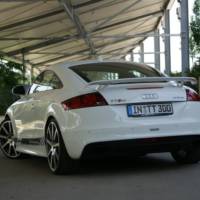 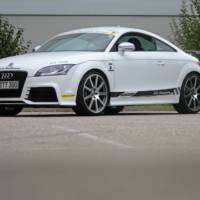 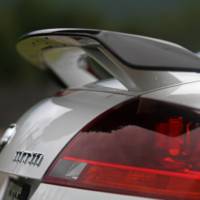 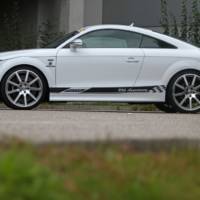 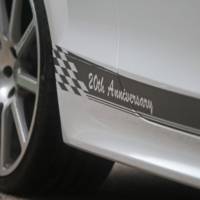 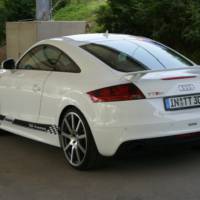 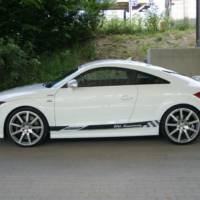 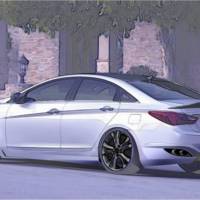 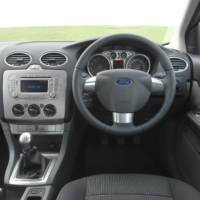