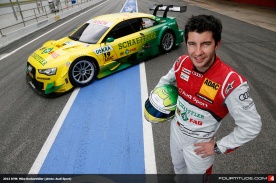 Mike Rockenfeller has extended his biography by a decisive item in the second from last round of the 2013 DTM season at Zandvoort (the Netherlands). The 29-year-old Audi factory driver clinched an early title win in the most popular international touring car series DTM.

Mike Rockenfeller from Audi Sport Team Phoenix sealed the title one race before the finale at Hockenheim on October 20. Following triumphs in the Porsche Carrera Cup (2004) and in the FIA GT Championship (2005) plus victories in the classic 24-hour races at Le Mans and Daytona (2010), this marks the next success in his career.

Last year – his second one in a current-generation DTM car – in fourth place of the standings, he was the best Audi driver and thus finally joined the group of favorites for the title. In the current season, he underpinned his Championship ambitions at an early stage. On winning round two at Brands Hatch (GB), the driver of the yellow-green Schaeffler Audi RS 5 DTM captured the top spot in the standings for the first time and is the only driver who has scored points in all nine races of the season so far – consistency having been one of the keys to success.

Even when, for a change, Rockenfeller was not cheering on the podium – as he was as the runner-up at Lausitz and on clinching his historic victory at the DTM’s premiere at Moscow – he set exclamation marks as a race driver. At the Red Bull Ring, ‘Rocky’ battled his way forward from 13th to fourth place. The city street race at the Norisring he tackled from the last row on the grid following a transmission change and in the end took a strong fifth place. On a wet track at the Nürburgring, Rockenfeller had to get out of a rival’s way in turn one and as a result found himself running at the rear of the field. Thanks to a tactical move by his squad at the command post ‘Rocky’ recovered and saw the checkered flag in fourth place.

Mike Rockenfeller gathered initial experience in a car at the tender age of eight when he was driving a VW beetle around the grounds of his grandparents’ farm. When, at the age of ten, he climbed into a kart for the first time just for fun he immediately realized: "Racing is my great passion." Following six years in karting, Rockenfeller switched to Formula König and immediately made a strong showing on clinching the pole position and fourth place in the first-ever car race in his life. Just a little later, Porsche secured the services of the budding talent that had just come of age. Together with the Swabian marque ‘Rocky’ competed in the USA as well and developed a liking for the country and its traditional race tracks such as Laguna Seca that has lasted to this day. December 2006 marked the beginning of a new chapter in Rockenfeller’s career. Head of Audi Motorsport Dr. Wolfgang Ullrich signed the German, thus paving the way for him to achieve the biggest successes his career. 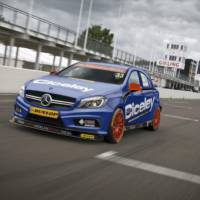 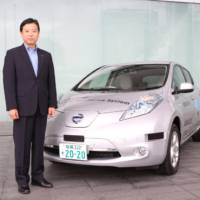