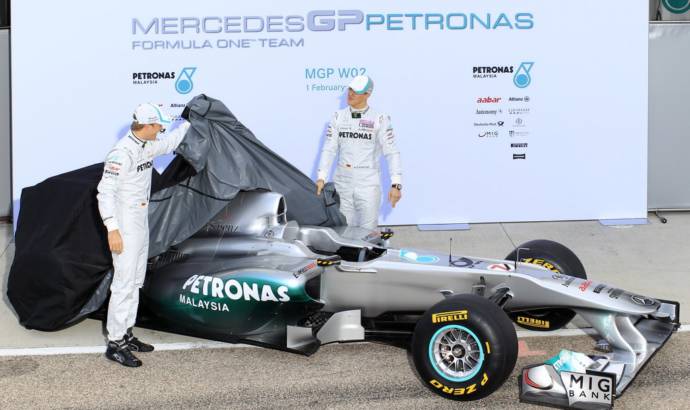 After the initial teaser which we saw yesterday with the Mercedes W02, Mercedes GP has officially unveiled their 2011 Formula 1 car at the Ricardo Tormo circuit in Valencia today.
The Mercedes W02 Formula 1 car features a silver livery with light green areas highlighting their main sponsor, Petronas, and after Nico Rosberg has tested the car this mourning, Michael Schumacher will follow later this afternoon.
As we already mentioned the Mercedes W02 Formula 1 car received a higher nose, and a new airbox area, and as you can imagine, the teams expectations for the following season are much higher than last year. 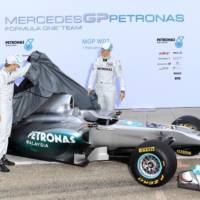 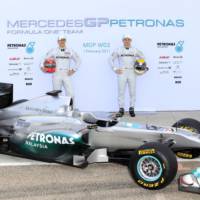 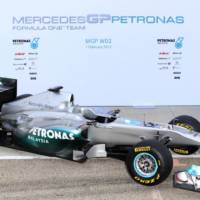 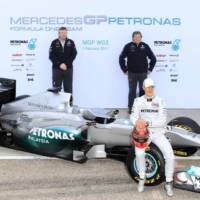 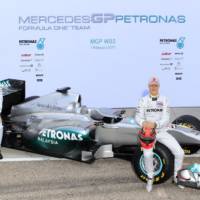 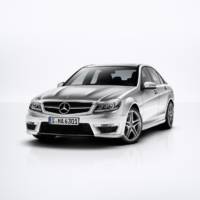 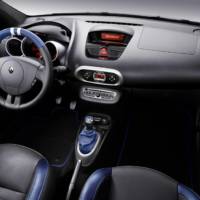