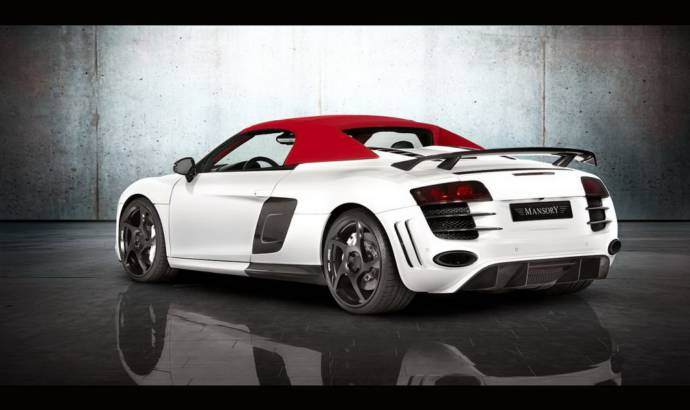 The Swiss from Mansory have informed us about their latest list of enhancements and mechanical upgrades which were this time applied to the Audi R8 V10.
We’ve seen quite a few tuning programs involving the R8, but when it comes from Mansory you known its going to be extra special.
In order to take the R8 V10 to the next level Mansory has fitted the car with numerous redesigned elements made out of carbon fiber such as the grille and the lamella bonnets, the front spoiler attachments, side skirts, rear spoiler the rear diffuser and the small rear wing.
Apart from this components that also play an important role in terms of aerodynamics, the Mansory Audi R8 V10 Spyder has also been equipped with 20 inch black alloy wheels with tyres size 245/30ZR20 at the front and 305/25ZR20 at the rear as well as lower suspension springs.
The interior has also undergone an extensive personalisation program through the usage of leather upholstery and numerous carbon applications while in terms of performance the Mansory Audi R8 V10 Spyder is now capable of delivering 552 HP and 550 Nm of torque thanks to a sport air filter and a sport exhaust system. 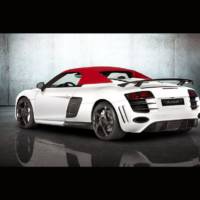 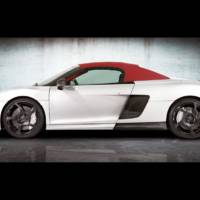 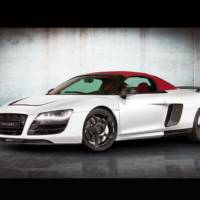 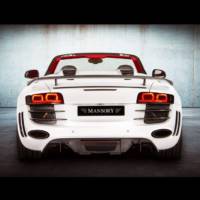 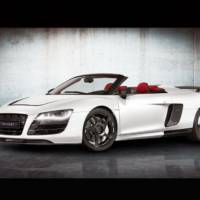 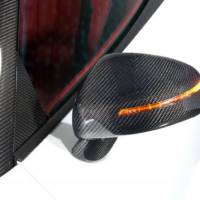 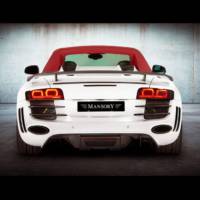 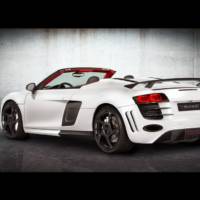 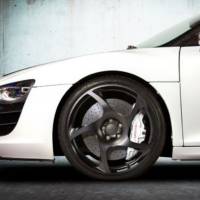 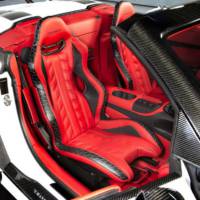 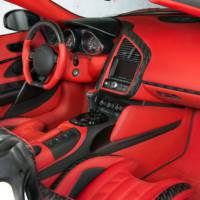 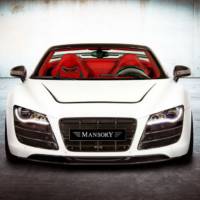 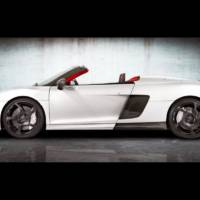 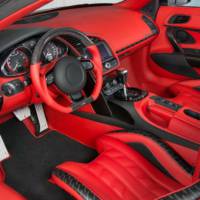 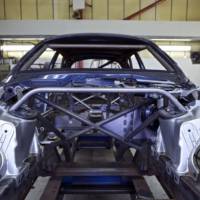 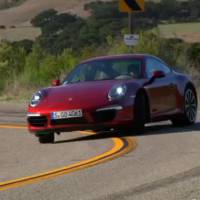