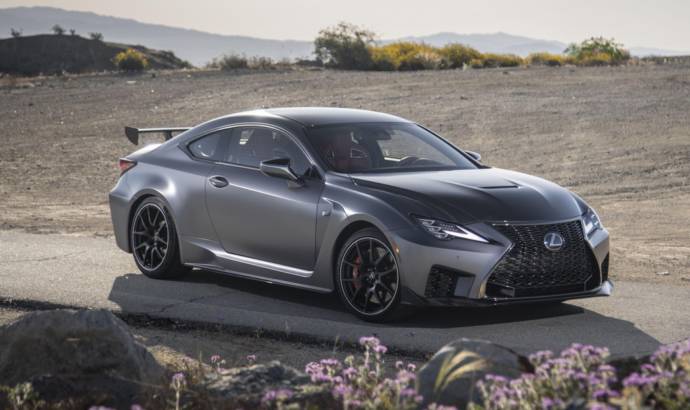 Lexus is unveiling a special edition of the fantastic RC coupe. The Lexus RC F Track Edition is a limited production model for hardcore enthusiasts. It blends the luxury and craftsmanship of the standard RC F with performance upgrades typically reserved for exotic sportscars.

A more specific objective was to take weight out of the car at its extremes, as even the most modest changes at the front and rear of the car result in significant reductions in rotational inertia. Numerous components under the hood were scrutinized for weight reduction before the engineers chose the intake manifold as one key focus given its location at the top of the engine. An updated machining process was developed that removes 700 grams of excess aluminum on the underside of the manifold without altering its airflow characteristics.

Other weight saving measures under the hood include the use of a smaller compressor for the air conditioning system and newly designed aluminum spring support brackets that save an additional 700 grams of weight compared to the previous steel part. In order the construct the two-piece bracket, a TOX connection is used to join the two aluminum sections, a process that produces a tight joint without applying heat. TOX fittings have previously been used to join aluminum body parts, but this is the first time Lexus has used the joining technology on a suspension component.


At the rear, a redesigned bumper reinforcement was developed that combines carbon fiber and aluminum to produce an equally strong, yet lighter (-500g) support piece. By bonding the carbon fiber to the extruded aluminum structure, the overall yield stress is increased while at the same time allowing the use of thinner aluminum. The carbon fiber section is produced in-house on the same production line that provided CFRP for the LFA supercar. Additional weight at the rear was taken out through the use of hollow half shafts in place of the previous solid shafts which shaves another 4 pounds with no reduction in shaft strength.

SEE ALSO:  Lexus LC Hokkaido Edition is a special edition for the Europeans

Boasting one of the last naturally aspirated V8s available in a luxury coupe, the RC F has a unique sound and feel that few of its competitors can replicate. Now rated at 472 horsepower (+5) at 7,100 rpm and 395 pound-feet of torque (+6) at 4,800 rpm, the 5.0-liter V8 (2UR-GSE) is a core element of the RC F’s personality. With that in mind, the engineering team focused on small, yet meaningful changes that add character and refinement without detracting from the visceral connection to the high revving V8.


A new design for the hydrocarbon filter that resides in the airbox is another update to the RC F’s intake system. Smaller and less restrictive than before, the updated HC filer further contributes to smoother airflow throughout the system. Yet another change is the point at which the secondary port on the air intake opens. In the previous RC F, it didn’t open until the engine hit 3,600 rpm, but in the 2020 model, the threshold has been reduced to 2,800 rpm for enhanced engine sound and better low-speed drivability. 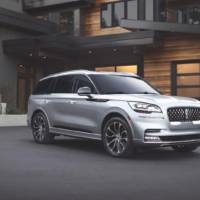 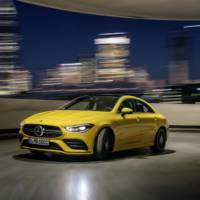