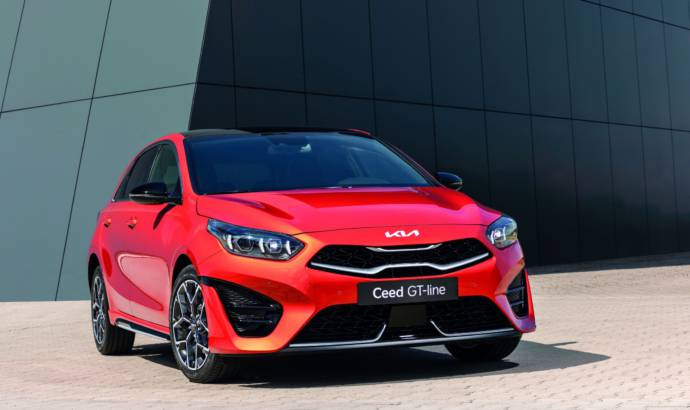 Kia updates the Ceed and all of its versions

In order to increase the appeal on one of its most acclaimed models in Europe (now contributing to 28 per cent of Kia’s European market share), Kia is updating the compact model. The Ceed five-door hatchback, Ceed Sportswagon estate and ProCeed shooting brake versions will each reveal an entirely redesigned front-end, sporty updates to the rear, restyled alloys and refreshed body colours and interior when the new models go on sale at the beginning of Q4.

A completely redesigned front end features Kia’s new logo, a simplified graphic of the company name that reflects the ethos ‘movement that inspires’. Special attention has been given to make each variant (including GT Line and GT versions) more unique and distinct from each other.

The iconic tiger-nose grille, which makes the Ceed a recognisable Kia, is upgraded to a black gloss finish with satin chrome upper and lower wing-shaped garnish for a sleek and modern appearance. To the sides, two large side air intakes shoot through the front bumper creating the sportier look. The ‘wing’ inspired theme repeats in other elements of the front redesign, such as the satin chrome trim on the lower air intake grille and the sweeping side garnish which extends into the front wheel arch. On the rear, to highlight the simplicity of the new Kia badge, the surface between the LED combi lamps has been smoothed out to accommodate the sleek new brand emblem. A new glossy black diffuser is added to the sporty rear bumper, which also echoes the satin chrome finish seen at the front of the car.

The side view reveals eye-catching new alloy designs across all variants in the line-up. Six striking styles are now available, three of which have been launched for the first time with this latest update: 16-inch alloys finished in silver; glossy black 17-inch alloy rims available exclusively on the GT-Line; and super sporty 18-inch alloys with red accents for GT variants.

Onboard the updated Ceed, the driver is instantly welcomed by chic interior décor, sophisticated soothing colours, tactile materials, and a layout designed to put all occupants at ease. The panoramic sunroof provides a connection to nature and creates a greater sense of space for occupants to feel inspired.

Seating is available in nine upholstery finishes, four of which are new with this upgrade. Choices include the black suede leather bucket seats with contrasting edge stitching in grey on GT Line and signature red on GT models. GT Line and GT models benefit from a newly designed gear knob for a modern look. DCT versions get an added touch of luxury with a perforated leather gear knob for an improved tactile experience. All DCT versions come with a glossy black PRND display panel.

The Ceed interior now blends a modern style in look and feel with premium functionality and new technology. For ProCeed GT-Line S models, a large 12.3-inch instrument cluster screen is paired with a 10.25-inch screen to further enhance driver interaction with the vehicle. Every aspect of the interior overhaul has been designed with usability in mind, such as the electronic parking brake switch and other features based around the ‘easy to use, easy to see’ principle which underlines the cabin design.

Occupants can use Android Auto and Apple CarPlay by connecting their smartphone to the infotainment system to project their phone’s display for an improved onboard experience and shared enjoyment. To maintain connectivity on the go, rear passengers are presented with a USB charging port in the centre console.

The new Ceed range offers buyers a fully comprehensive choice of powertrain configurations, including mild-hybrid diesel engines (MHEV), with horsepower ranging from 99bhp to 201bhp. Ceed customers are also presented with a choice of turbocharged petrol and diesel engines, the 1.0- and 1.5-litre petrol and the 1.6-litre diesel powertrains all benefitting from Kia’s Smartstream technology.

Launched in the UK earlier in 2021, the new 1.5-litre T-GDi engine is produced in Kia’s Slovakia plant – also home to the production of the Ceed family. This new Smartstream engine, which replaces the previous 1.4-litre T-GDi, is paired either to a seven-speed dual clutch transmission (7DCT) or a six-speed manual transmission (6MT) and delivers 158bhp while offering reduced emissions. 1.6-litre diesel variants of the Ceed, delivering 134bhp, are only available as a mild-hybrid, and can be paired with either a six-speed intelligent manual transmission (iMT) or 7DCT.

The renewed Ceed family will go into production at Kia’s European manufacturing plant in Žilina, Slovakia this August and will be available across Europe by Q4. 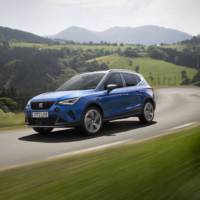 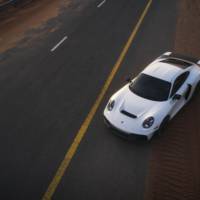