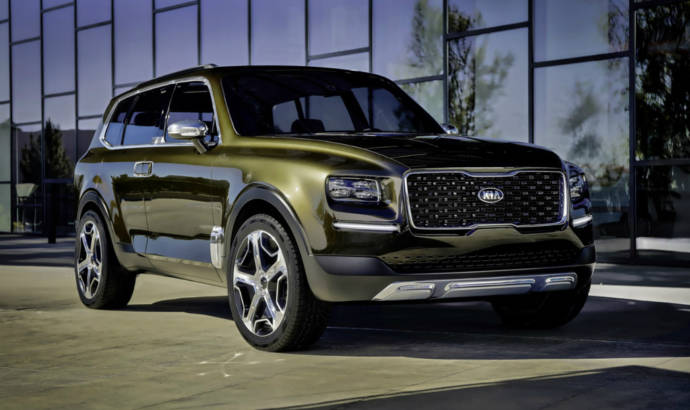 Kia has officially unveiled the 2016 Kia Telluride concept during the North American International Auto Show in Detroit. The concept car is a full-size, seven seat SUV that is based on a stretched Sorento architecture.

Under the hood of the Kia Telluride is a plug-in hybrid system. It uses a V6 3.5 naturally aspirated engine that can deliver 270 horsepower and an electric motor with 130 horsepower.

In total, the Kia Telluride offers 400 horsepower and all of them are sent to the tarmac via an all-wheel drive system. According to Kia officials, the Telluride will be able to return 30 miles per gallon on the highway which is an impressive value for a car of its size.

SEE ALSO:  Kia Telluride is 2020 World Car of the Year

The Kia Telluride is a three-row car. The middle-row passengers will be able to recline the seats almost flat and also will have a center console. As a result they will be able to control many of the car’s infotainment system features. There is also a seven-speaker Harman Kardon audio system, a wireless charging for the mobile phone and lots of screens. 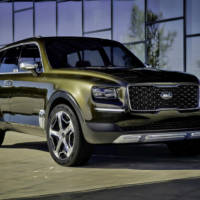 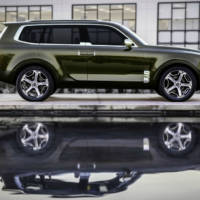 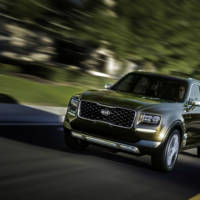 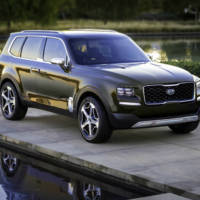 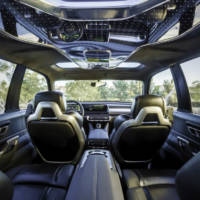 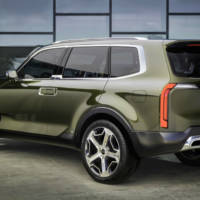 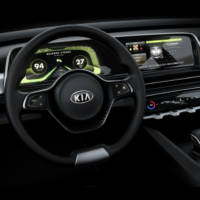 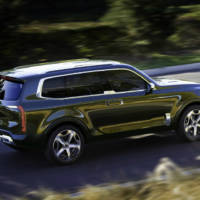 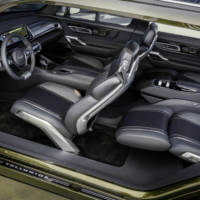 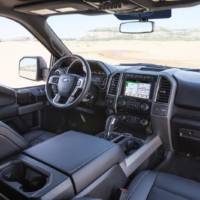 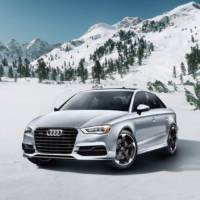