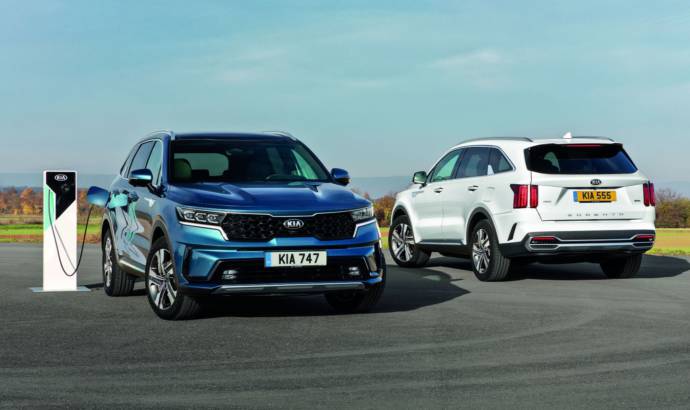 Kia Sorento expands its engine range with the introduction for the new plug-in hybrid version of the imposing SUV. Kia announced prices for the new Plug-in Hybrid variants of its flagship SUV.

Available across the Sorento’s entire trio of trim levels, the grade ‘2’ kicks off at £44,995, while the flagship ‘4’ edition is priced at £53,095. Nestling in between is the generously specified ‘3’ variant, which has a price tag of £48,895. All three versions are available to pre-order now from Kia dealers, with the first examples set to reach showrooms early in the New Year.

The Plug-in Hybrid is the second electrified drivetrain in the Sorento line-up and sits alongside the low-emissions Sorento Hybrid. The latest addition to the range blends a powerful 1.6-litre T-GDi Turbocharged Direct injection petrol engine with a high capacity battery pack and high output electric motor, allowing the driver to complete an average daily commute to work purely on all-electric, zero emissions power. And the low CO2 emissions of the all-new Sorento Plug-in Hybrid makes it attractive for business users, thanks to its super low company car Benefit-in-Kind taxation rates.

While many plug-in hybrid vehicles result in compromise, the fourth generation Sorento was designed from the beginning to accommodate electrified powertrains and deliver spacious accommodation for up to seven occupants. The larger body and all-new platform ensure that the latest iteration of the Sorento is one of the most spacious, practical and versatile electrified models on the market today.

With the addition of the Sorento Plug-in Hybrid to the Kia line-up, the company now offers four different plug-in hybrid products, across a variety of different segments. Ceed Sportswagon, XCeed, Niro and now the Sorento seven-seat SUV all offer the capability of zero-emissions driving, with the flexibility of a combined plug-in hybrid and petrol powertrain.

The combination of a high-power output electric motor, high capacity lithium-ion polymer battery pack and a punchy 1.6-litre T-GDi turbocharged petrol engine results in the most powerful Sorento SUV ever. Power is sent to all four wheels via a newly designed six-speed automatic transmission. The gearbox allows the full power of the engine and electric motor to be harnessed and transferred in parallel, with a minimal loss in energy. The result is highly responsive acceleration, and the lowest CO2 emissions of any model in the Sorento line-up.

SEE ALSO:  Kia Sportage is here for the Europeans

The full-size, seven-seat SUV will deliver an equivalent all-electric range of up to 57 kilometres (WLTP) from a single charge of its 13.8 kWh battery pack. In urban environments it is capable of travelling up to 70 kilometres on a single charge before its turbocharged petrol engine starts up. Drivers are therefore able to complete many journeys, such as their daily commute, on zero-emissions electric power alone.

Its plug-in hybrid powertrain also promises the lowest CO2 emissions ever offered by the Kia Sorento. With emissions of just 38 g/km the new model is one of the most efficient vehicles in its class.

All models in the Sorento Plug-in Hybrid line-up, including the phenomenally specified Sorento ‘2’, feature LED technology for the headlights and rear combination lights, as well as for the daytime running lights, front and rear fog lights and high mounted brake light. 19-inch alloy wheels and a temporary space saver spare wheel are standard equipment, with roof rails not only boosting the all-new Sorento visually, but also adding versatility if there’s ever a need to carry additional loads. A black front radiator grille is married to wheel arch body mouldings and side sills in the same colour, with all versions featuring front and rear skid plates in silver.

Black cloth upholstery is married with light grey headlining to deliver a smart two-tone appearance in the cabin, and the front seats and leather steering wheel are both heated. Seven seats are standard on all editions of the Sorento, including the PHEV, unlike some rivals, with 60:40 split, remote folding and reclining for the second row and a 50:50 split and fold arrangement for the rearmost chairs. USB charge ports are handily provided for all three rows, ensuring that occupants continue to be entertained while on the move, and don’t run out of juice. Dual-zone automatic air conditioning also includes outlets for seats six and seven. 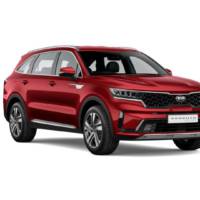 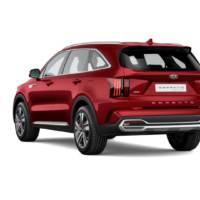 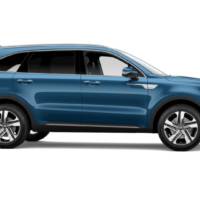 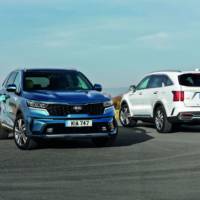 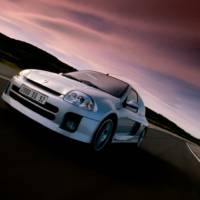 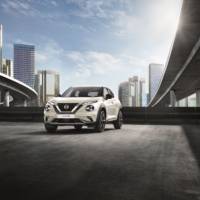