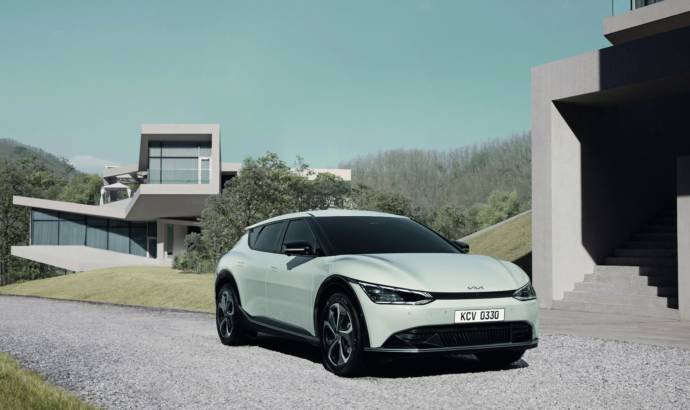 After we saw the new Hyundai Ioniq 5, it is now time to meet its Kia brother. The South Korean brand revealed the first images of the exterior and interior design of the EV6, its first dedicated battery electric vehicle (BEV), ahead of the car’s world premiere later this month.

EV6 was designed under the brand’s new design philosophy ‘Opposites United’, which takes inspiration from the contrasts found in nature and humanity. At the centre of the design philosophy is a new visual identity.

Boasting a distinctive crossover-inspired design and based on the brand’s new Electric-Global Modular Platform (E-GMP), EV6 is Kia’s first dedicated BEV to be influenced by the new design philosophy.

At the front, characteristic daytime running lights display a sleek, modern appearance. They form part of the car’s ‘Digital Tiger Face’, a design progression evoking the spirit of Kia’s ‘Tiger Nose Grille’ for the electrified era. The design of the lamps also includes a ‘sequential’ dynamic light pattern. Below this, a low air intake visually widens the front of the car, accentuating its high-tech image. Part of the optimisation of air flow from the front, the air is channelled through and under the car’s flat floor for optimum aerodynamics.

Designed in part to realise ultimate aerodynamic performance, the rear displays a sloping C-pillar with an integrated black glossy insert, which visually widens the window glass. Above this sits a prominent roof spoiler that channels air down towards a raised lower spoiler that sits atop the car’s unique rear light cluster.

EV6 is the result of a collaborative effort between all three studios in Kia’s global design network in Namyang (Korea), Frankfurt (Germany), and Irvine (California, US).

One of the most striking elements of the new interior is a seamless high-tech curved high-definition audio visual and navigation (AVN) screen. The simple form language of the wide curved screen and the slim dashboard give the space an open feel. Extending from the steering wheel across to the centre of the car, it displays an instrument cluster in front of the driver, with infotainment and navigation above the centre console. The width of the screen creates an immersive experience for the driver, while a minimal number of physical buttons offer an uncluttered and soothing driving experience.

Underneath the AVN screen, passengers control HVAC (heating, ventilation and air conditioning) settings by using haptic ‘buttons’, while below this panel the dashboard slopes away towards the front of the car, creating a sense of space and openness for the front-seat passengers.

The seats are slim, lightweight and contemporary, and clad in modern, visually interesting and robust fabrics created using recycled plastics, which create yet greater openness in the cabin. 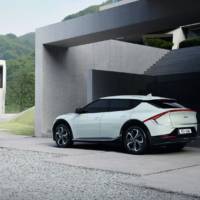 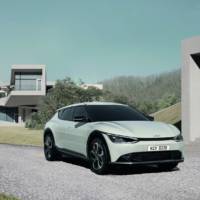 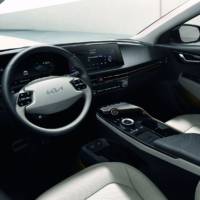 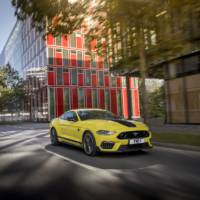 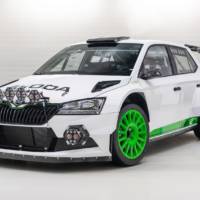