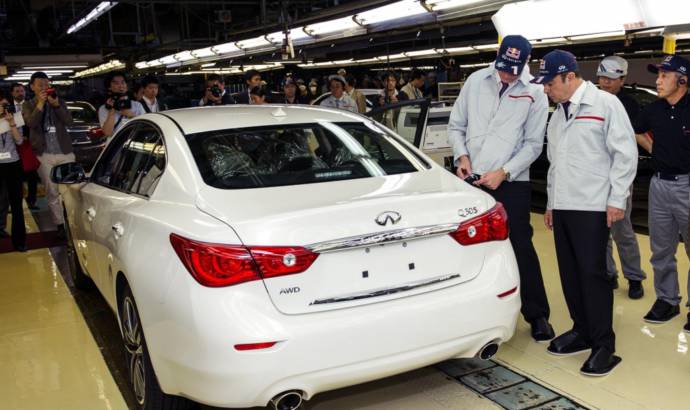 The first production model of the Infiniti Q50, the all-new premium sports saloon, rolled off the assembly line at the Tochigi production plant today.

The official off-line ceremony was presided over by Carlos Ghosn, President and CEO of Nissan Motor Co. Ltd., and Johan de Nysschen, President of Infiniti Motor Company Ltd. Ghosn paid tribute to the production team at Tochigi and underlined their reputation for industry-leading manufacturing expertise.

The Q50 is the first in the new generation of Infiniti vehicles. It sets fresh benchmarks in the areas of emotive styling, advanced technology and performance.

De Nysschen added that the Q50 was the opening salvo in Infiniti’s new product portfolio under the “Q” naming structure which was launched in December last year.

“The first Infiniti in our new line-up had to reflect the brand’s core values of seductive design, passionate attention to detail, precision in fit and finish, exhilarating performance and a provocative challenge to the status quo. The Q50 certainly does that,” he said.

Three-time Formula One World Champion, Sebastian Vettel, played an active role in the testing and evaluation programme of the Q50 in his capacity of Infiniti’s Director of Performance. 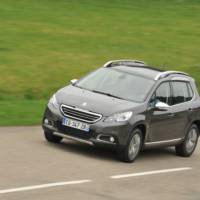 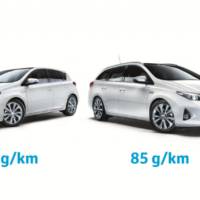