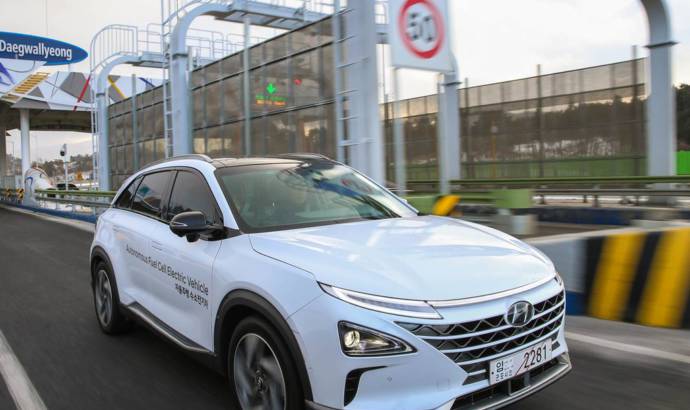 Hyundai is developing its future range of fuel cell vehicles, being one of the most advanced brands in the world when it comes to this technology. But the South-Korean brand didn’t stopped here. It decided to combine this technology with its self-driving tests.

Until now, autonomous driving has been demonstrated only on selected sections of Korean domestic roads and at a limited speed, this is the first time autonomous vehicles have operated on public highways at 110 km/h, the maximum speed allowed by law on Korean highways.

Three Hyundai vehicles completed the journey, all based on NEXO, Hyundai’s next-generation fuel cell electric vehicle which is scheduled to be released in Korea next month. All vehicles were equipped with level 4 self-driving technology, as defined by the SAE international standards and equipped with 5G network technology.

The demonstration took place in Seoul on Feb 2nd, with the ‘CRUISE’ and ‘SET’ buttons being pressed on the autonomous-driving steering wheel of each vehicle, at which point the cars immediately switched to self-driving mode and began the 118 mile journey to Pyeongchang.


Hyundai is preparing for the commercialisation of the SAE standard Level 4 compliant autonomous-driving system in smart cities by 2021. To this end, the company announced plans at CES 2018 last month to jointly develop self- driving technology with Aurora Innovation; a U.S. based autonomous driving start-up. Hyundai plans to commercialise the technology for fully autonomous driving by 2030. 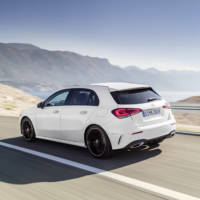 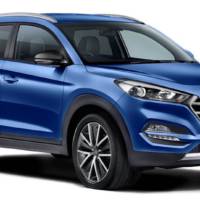