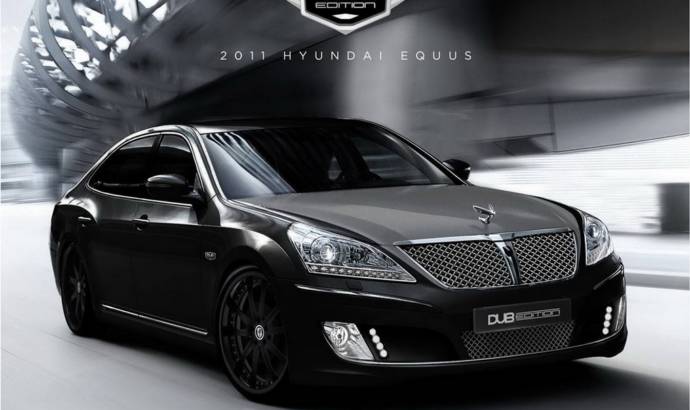 This customized Hyundai Equus DUB Edition was created by…you guessed it, DUB Magazine, and for those that will want to see more than a single photo with it, will have to attend at this year’s SEMA Show in Las Vegas.
The Hyundai Equus DUB Edition features a mesh grille, tinted windows and a two tone body finish, plus a body kit composed from a redesigned front spoiler with integrated LEDs, side sills, a custom trunk and massive 24 inch TIS rims wrapped in Pirelli Pzero Nero tires.
The Hyundai Equus DUB Edition has also received a lowered suspension, while inside the cabin, the high-end Lexicon audio system has been further enhanced by receiving nine Infiniti Kappa Series speakers, KAPPA ONE mono and KAPPA FOUR four-channel amplifiers.
Other additions to the Hyundai Equus DUB Edition interior include custom leather and suede, an illuminated headliner and custom rear bucket seats.
Hyundai press release :
Well known for prolific designs, the fabricators at DUB Magazine have teamed up with Hyundai to customize an Equus, Hyundai’s all-new luxury flagship sedan, worthy of this year’s SEMA Show in Las Vegas. The DUB Edition Hyundai Equus will debut featuring exterior, interior and audio modifications that tuners will not mistake for anything but the DUB Magazine style.
“We know that SEMA show-goers look forward to seeing the cool new cars like Equus and the unique ways we customize them,” said Myles Kovacs, president and co-founder, DUB Magazine. “With this car we tried to give tuners an idea of what modifications can be done within the luxury segment.”
Plans for the exterior modifications on the DUB Edition Hyundai Equus include Trex DUB Design mesh grille, DUB Design custom body kit, tinted windows and tail lights, and a custom two-tone, gloss black-and-matte charcoal paint job.  The Equus will also feature a DUB Edition custom suspension riding on 24-inch TIS modular style 10 wheels with Pirelli Pzero Nero Tires.
No DUB Magazine custom would be complete without an audio enhancement.  Therefore, to add to the already world-class Lexicon audio system that comes from the factory, DUB Design is building a custom trunk enclosure that will be fitted with Infiniti Kappa components including nine Infiniti Kappa Series speakers, KAPPA ONE mono and KAPPA FOUR four-channel amplifiers.  Additionally, the interior of the Equus will feature DUB Design custom leather and suede, a DUB Design illuminated headliner and custom rear bucket seats.
The DUB Edition Hyundai Equus will be shown in the Hyundai Booth along with other specially designed cars exclusively built for this year’s SEMA Show.
DUB MAGAZINE
DUB Publishing, Inc., publisher of “DUB® Magazine – The Original Automotive Lifestyles Magazine™,” is a leading, authoritative voice in the urban automotive lifestyle scene. DUB Magazine was the first in the industry dedicated to covering celebrity-driven vehicles and giving a first-hand look at the expansion of a multi-billion dollar industry that revolves around the vast world of car customization. DUB® is widely recognized as a pioneer in the celebrity car culture space and for being an innovator of consumer products for what is known as the “DUB market.”  DUB Magazine and the DUB Show Tour™ (Custom Auto Show and Concert) spawned a new era of urban car culture and youth lifestyle.  DUB entertainment vehicles and its stable of well-known consumer brands such as DUB Edition™, TIS™, and Dropstars™ are about individualism, unique styling and seeing trends before they happen. 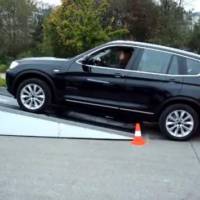 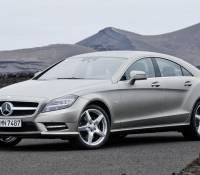