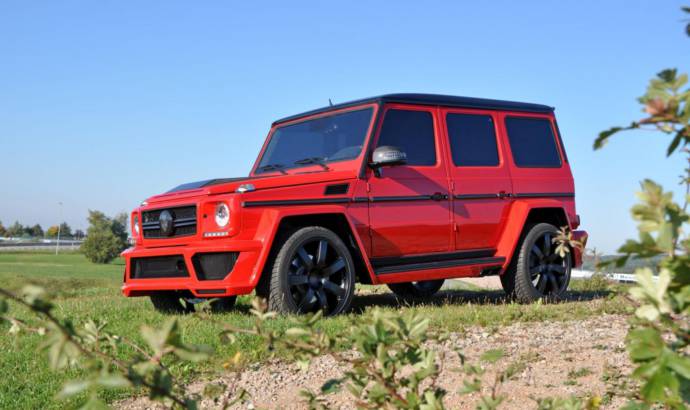 There is hardly any rational motivation to prompt the purchase of a G-class Mercedes Benz. It is neither a fuel-saving marvel, sophisticated in aerodynamics nor is it extremely luxurious or comfortable but rather a pure off-roader without additional flavor enhancer.

The G-class transforms into a monster when the V8 biturbo engine beneath the massive engine hood, which has an ex-works cubic capacity of 5,461 ccm, 544 horse power and draws from a maximum torque of 760 Nm performs its duty. One could be forgiven for believing that this G63 AMG was the upper limit of this series. Nothing could be more inaccurate. Mercedes AMG even offers a G65 AMG with 12 cylinders and an unbelievable 612 horse power or 1,000 Nm torque.

The designers of German Special Customs from Chemnitz have developed an optical package befitting its performance. A multi-part broad construction kit ensures not only a clearly more sportive appearance but also strongly expands the broadness of the G-class. On the front, GSC installed a broad bumper bar, a new radiator cowling made of carbon fiber and a set of LED daytime running lights. The engine hood is clearly much more massive thanks to an attachment made of carbon for the improved de-aeration of used engine air.

Massive wheelhouse expansions account for the broad appearance of the GSC’s G-class, which runs smoothly into the side skirt in millimeter precision. The trapezoidal end-pipes made of stainless steel, of the company’s own exhaust system with valve control are integrated in the latter. There was also a completely new rear bumper bar to match the front and a gorgeous carbon cover for the spare tire in the rear. The optical package is rounded up with the external mirror made of carbon and fine ventilation slits in the engine hood also made of carbon.

A classical V8 biturbo engine works beneath the engine hood of this G model, which now hits the axle driving shafts with approximately 620 horse power thanks to the reworked software and modified exhaust system. To facilitate the conversion of this performance into species-appropriate propulsion, the technicians of German Special Customs mounted the company’s own 23-inches forged rims fitted with special tires in the format 305/35 R23 on the four ends of the AMG chassis frame.

In addition to a speedometer upgrade to 320 km/h, GSC also endowed the interior of the G63 AMG with a complete black/red full-leather fitting and different ornamental carbon parts. 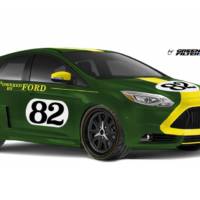 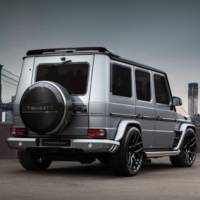