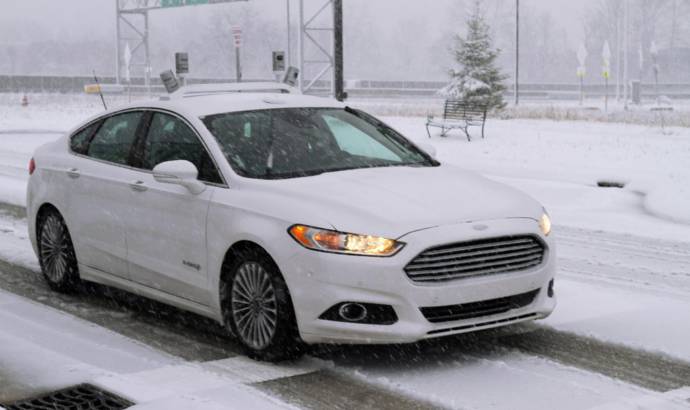 Ford’s winter weather testing takes place in Michigan, including at Mcity – a 32-acre, full-scale simulated real-world urban environment at the University of Michigan.


The traditional GPS is not so accurate. LiDAR, on the other hand, is much more accurate: for example, identifying the Fusion Hybrid’s lane location right down to the centimeter. LiDAR emits short pulses of laser light to precisely allow the vehicle to create a real-time, high-definition 3D image of what’s around it.

To navigate snowy roads, Ford autonomous vehicles are equipped with high-resolution 3D maps – complete with information about the road and what’s above it, including road markings, signs, geography, landmarks and topography.

An autonomous vehicle creates the maps while driving the test environment in favorable weather, with technologies automatically annotating features like traffic signs, trees and buildings. When the vehicle can’t see the ground, it detects above-ground landmarks to pinpoint itself on the map, and then subsequently uses the map to drive in inclement conditions.

Ford is tripling its fully autonomous development fleet to 30 vehicles being tested on roads and test tracks in California, Arizona and Michigan. This makes the company’s fully autonomous vehicle fleet the largest of all automakers. 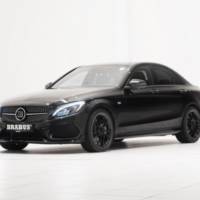 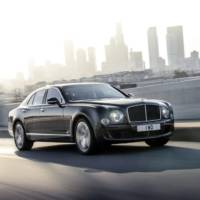