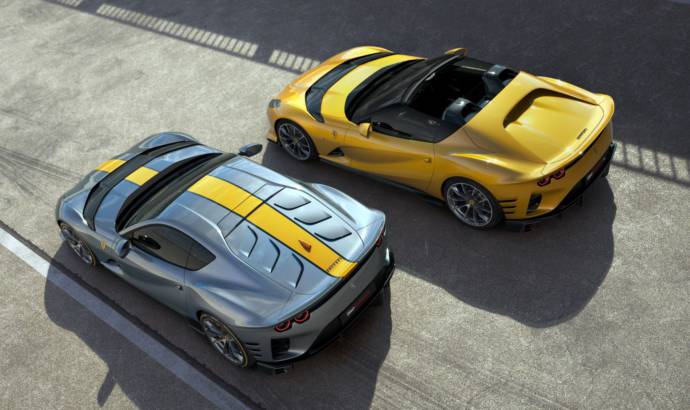 Ferrari unveiled two special cars, created for those who want performance at the highest level. The 812 Competizione, the new limited-edition special series car derived from the 812 Superfast, was presented today to media, clients and fans all over the world. In the course of the event, which was broadcast live on Ferrari’s social media channels, the wraps were also whipped off the 812 Competizione A, a spectacular Targa-top version, again a limited-series and an homage to the Prancing Horse’s glorious open-top tradition.

The 812 Competizione and 812 Competizione A sport the most exhilarating V12 on the automotive scene and is derived from the multi-award-winning engine powering the 812 Superfast. The result is a naturally-aspirated 830 cv engine that pairs impressive power with electrifying delivery and the inimitable soundtrack that Ferrari V12 purists know well. To boost the output of the engine, which has the same 6.5-litre displacement as the 812 Superfast’s V12, several areas have been significantly re-engineered to achieve a new record red line while optimising the fluid-dynamics of the intake system and combustion, and reducing internal friction.

Maximum revs are now 9,500 rpm which, together with a rising crescendo of torque delivery, unleashes a feeling of progressive and boundless power and acceleration. A result delivered by the meticulous redesign of key engine components such as the con-rods, pistons, crankshaft and distribution. The titanium con-rods are 40% lighter than steel versions whilst delivering the same mechanical resistance; the piston pins, on the other hand, have been given a diamond-like carbon (DLC) coating to reduce the coefficient of friction to the benefit of performance, fuel consumption and wear. These modifications are combined with a rebalanced crankshaft, which is also 3 percent lighter than the previous version.

Both the 812 Competizione and 812 Competizione A are equipped with a seven-speed dual-clutch gearbox, pushing the performance of the latter to new extremes and delivering a new gearshift feeling for the V12. Calibration of the control strategies has reduced shift times by a further 5 percent. Although it retains the same gear ratios as the 812 Superfast, the new car’s changes are even more sporty, thanks to the extra 500 rpm in maximum revs allowed by the new V12.

The increase in both the 812 Competizione’s engine output and maximum revs have resulted in a consequent increase in the heat to be dissipated. To meet these new demands, the efficiency of the cooling flow management has been improved without increasing the dimensions and weight of the radiating masses.

While on the 812 Superfast, the engine air intakes are set either side of the large central grille, the 812 Competizione adopts an integrated solution with a single air duct. This allowed the intake for the engine radiators to be extended sideways as far as the chassis allowed as well as reducing not just weight, but also losses to the intake plenum and thus the combustion chamber, which in turn, improved the overall performance.

The modifications made to the braking system also enabled the engineers to redesign the front underbody to extend it into the wheelarch well. The new layout, which freed up space around the lower front wishbone, made it possible to extend the surface area that could be used to generate downforce. It also allowed the insertion of a new S-shaped side vortex generator crafted specifically in the wind tunnel to improve the lateral expansion of the vortex generated and ensure it works in synergy with the front diffuser. The geometry of the latter was also optimised and can now generate even more downforce than the 812 Superfast as well as improving cooling of the calliper. Taken together these solutions hail a significant improvement in performance: optimising the air vents contributes to a 30 percent increase in overall front downforce while the new side vortex generator adds a further 40 percent.

Like on the 812 Superfast, the front diffuser is equipped with a passive mobile aero system which opens over 250 km/h. When the panel rotates it completely stalls the diffuser allowing the car to reach its maximum speed.

The 812 Competizione’s distinctive tail-end treatment incorporates a number of innovative engineering solutions regarding the exhaust layout, diffuser geometry, spoiler volume, patented rear screen and the bumper design. The rear diffuser extends right across the full width of the car to guarantee maximum horizontal expansion of the underbody’s aerodynamic flows and hails a distinct break with the solution seen on the 812 Superfast.

Overall, the rear diffuser development produced an increase in downforce that equates to 25 percent of the total increase compared to the 812 Superfast. This jumps to 35 percent if the contribution of the exhausts blowing into the wake is also taken into account. The rear underbody, on the other hand, is responsible for a 10 percent increase in rear downforce.

The guidelines in the development of the 812 Competizione’s performance strategy were to boost overall performance levels, improve driving pleasure in lateral dynamics and a specific focus on the handling characteristics of a special version.

The 812 Competizione debuts many innovative components and contents, which have ensured it delivers on its vehicle dynamics performance targets. Specifically, these include the first use of independent four-wheel steering, the evolution of the Side Slip Control (SSC) system to version 7.0, and the development of the dedicated new Michelin Cup2R tyres.

The independent rear-w heel steering features a new electronic management system that enables the right and left actuators to be actioned individually rather than synchronised. This evolution yields a significant boost in performance in relation to the control of the position demanded of the individual actuators, and quicker response times. 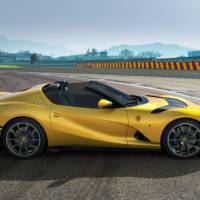 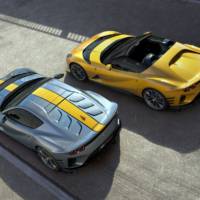 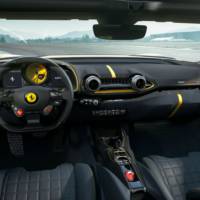 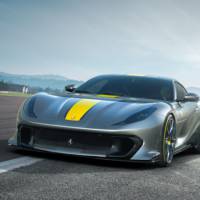 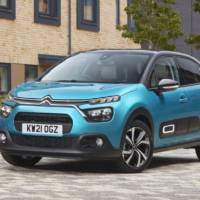 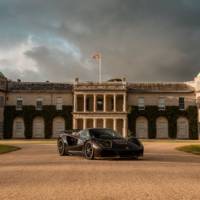