Eterniti Hemera Teased from Above

Here is another teaser with the upcoming Eterniti Hemera, ‘the world’s first super SUV’ created by independent, boutique British luxury carmaker Eterniti Motors in order to address the growing demand for Cayenne like models.
This time the Eterniti Hemera is seen from above, and some of its features include a vented engine bonnet, a rear roof spoiler and muscular wheel arches. We can also partially see the design of the headlights and taillights.
Eterniti says the Hemera will be part of a new niche that will provide new levels of luxury, space and performance through features that include a limousine-like rear cabin with reclining seats, equipment that includes iPads and even a refrigerator plus dynamic performance combined with the ruggedness of a 4×4.
The prototype version Eterniti Hemera will be shown at the 2011 Frankfurt Motor Show next week, while production and the first customer delivery are expected to start in 2012.
The company behind the Hemera is backed by a group of international investors, while the engineering team tasked with developing this new SUV, is led by Alastair Macqueen, the man responsible for the Jaguar XJ220. Eterniti Motors also has its own F1 driver, Johnny Herbert, who will be involved in the development of Eterniti vehicles and also act as an ambassador for the brand. 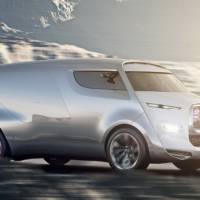 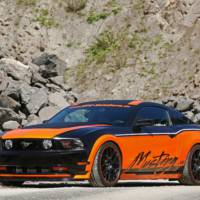