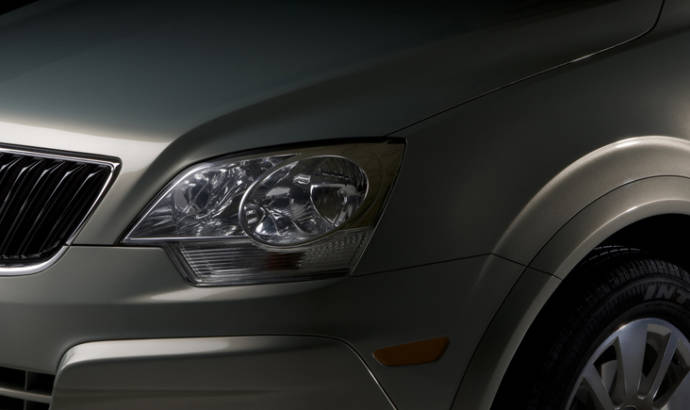 GM just announced that it working on a new Buick crossover plug-in hybrid that will be introduced in 2011. An official name for their future Buick crossover plug-in hybrid wasn’t released but the car is expected to be the first commercially available plug-in hybrid SUV.
The whole powering system is composed from two electric motos, a lithium-ion battery pack and an Ecotec 2.4-litre direct injected 4-cylinder engine that will offer the future Buick crossover plug-in hybrid the ability to deliver 30 miles per gallon. Instead of the Ecotec 2.4-L unit and optional 3.6L V-6 flex-fuel engine will also be available and GM says that the soon to be named Buick crossover plug-in hybrid can be fully recharged using a regular 110V electrical outlet in 4 to 5 hours.
GM press release :
General Motors’ plug-in hybrid technology will be introduced in a new Buick crossover vehicle in 2011, Tom Stephens, GM vice chairman of product development, announced here today during the Management Briefing Seminars.
The yet-to-be-named Buick crossover will launch in late 2010 offering a family of fuel-efficient direct-injected gasoline engines, followed in 2011 by the plug-in hybrid model.
"Buick has always been at the forefront of new technology, so it is only fitting that the brand should debut our new plug-in hybrid technology in a beautiful new crossover," said Stephens. "This will firmly put Buick, and GM, front and center in the advanced technology game."
A new Buick for a new customer
The new five-passenger crossover will build on the success of the Buick Enclave, offering the brand’s finely crafted execution and premium driving experience in a fuel-efficient package.
"Some customers who have been drawn to the Enclave were looking for something a little smaller, but they didn’t want to give up craftsmanship or a quiet ride to get there," said Susan Docherty, general manager of Buick-Pontiac-GMC. "We believe this new Buick will excite those customers, and will continue to broaden the appeal of the brand."
The Buick crossover will be powered by an Ecotec 2.4L direct-injected four-cylinder engine with an optional 3.0L direct-injected V-6, and is expected to deliver 30 miles per gallon or more on the highway. Final fuel economy estimates, as well as additional vehicle details such as name and pricing, will be announced later.
Plug-in hybrid model
The Buick plug-in hybrid is expected to be the first commercially available plug-in hybrid SUV produced by a major automaker.
The Buick plug-in hybrid has the potential to achieve double the fuel economy of comparably-sized SUVs on short trips. This significant boost is achieved by combining a modified version of GM’s proven 2-Mode Hybrid system with advanced lithium-ion battery cells and charging technology developed for GM’s Voltec system, which will debut in the Chevrolet Volt extended-range electric vehicle in late 2010.
"LG Chem – the supplier of our battery cells for the Volt – has also been selected to supply the lithium-ion cells for the new Buick plug-in hybrid, and its Troy, Mich.-based subsidiary Compact Power will supply the pack," Stephens said.
The Buick plug-in hybrid will use the same manganese-spinel based chemistry and polymer battery cells as the Volt. The 8 kwh battery – containing half the energy of the Volt battery pack – will be packaged in a rectangular-shaped box under the cargo floor.
The lithium-ion battery can be fully recharged in four to five hours by simply connecting the vehicle to any standard 110V household electrical outlet. By recharging rather than refueling, the Buick plug-in hybrid significantly improves fuel economy and reduces petroleum use. In early testing, the plug-in hybrid is capable of electric-only propulsion for more than 10 miles at low speeds.
On the road, GM’s 2-Mode plug-in hybrid system can use any combination of electric or gasoline engine power to move the vehicle, depending on the driving conditions. This differs from GM’s Voltec technology, which provides the Volt with up to 40 miles of emissions- and petroleum-free electric-only propulsion, and an overall range of more than 300 miles with its flex-fuel engine-generator.
In addition to the lithium-ion battery pack, the Buick plug-in hybrid’s powertrain features two powerful electric motors, sophisticated electronic controls and battery management systems and an efficient direct-injected 3.6L V-6 flex-fuel engine. 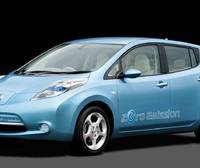 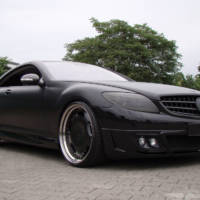