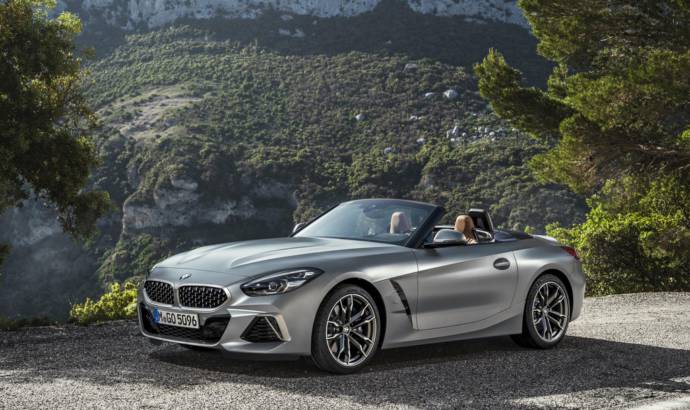 After we saw the first pictures of the new Z4 and got the first details during its world premiere during this year Pebble Beach Concours d’Elegance, BMW shares some more info on its legendary roadster.

The headlight units are another first, with the two light sources positioned one above the other for the first time. The vertical design is intercepted at the top by a diagonal accent strip with integral direction indicator.

There is a choice of one non-metallic and eight metallic shades for the car’s exterior paintwork. The soft-top roof comes in Black as standard and Anthracite with silver effect as an option. It is electrically operated and can be opened or closed in the space of ten seconds, even while travelling at speeds up to 31mph.


There will be two trim levels for the BMW Z4 in the UK, Sport and M Sport in addition to the M Performance model. The Sport model features design elements in High-gloss Black on the front crossbar and the rear apron’s insert, along with 18-inch light-alloy wheels.

The BMW Z4 is upholstered in Vernasca leather as standard on all models and comes in a choice of four colours (Black, Magma Red, Ivory White or Cognac). Heated seats are also fitted to all BMW Z4s for the ultimate open-top driving comfort.

The optional wind deflector fits flush between the fixed rollover bars. The storage space behind the seats, the cup holders under the centre armrest and the large door pockets add further practical features. Boot capacity is 281 litres whether the soft-top is open or closed – an increase of more than 50 per cent compared to the outgoing model.

The new BMW Z4 M40i can sprint from zero to 62mph in 4.6 seconds and has a combined fuel consumption of 38.7mpg, equating to CO2 emissions of 165g/km. The choice of engines for the new BMW Z4 is rounded off by a pair of new four-cylinder units. Both have a capacity of 2.0 litres and likewise set new standards in terms of power delivery, efficiency and emissions. The output of both engines has been increased by 13hp over their predecessors.

SEE ALSO:  The next generation BMW 7 Series will have an electric version

The engine under the bonnet of the new BMW Z4 sDrive30i delivers its maximum output of 258hp, while peak torque of 400Nm is available. The result is a zero to 62mph sprint time of 5.4 seconds.

All model variants of the new BMW Z4 come equipped with the eight-speed Steptronic Sport transmission as standard. Besides a wider ratio spread, the latest version of the automatic transmission also offers even sportier gear shifts. 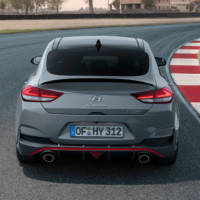 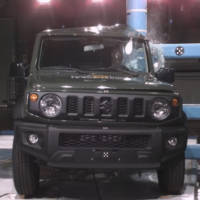