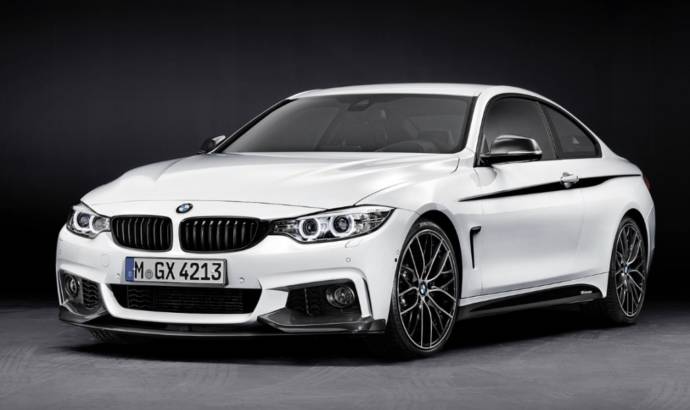 BMW M Performance Package for the 4-Series has been unveiled

The new aerodynamic kit was developed by the engineers from BMW M Division and it previews the upcoming M4 Coupe. It has a new front bumper with integrated carbon fiber splitter, larger air intakes, chromed accessories, wider sills, a carbon fiber deck lid spoiler and a new air diffuser.

Inside the cabin, the M Performance Package offers a three spoke steering wheel and new seats, while the other upgrades will be officially unveiled at the Frankfurt Motor Show. 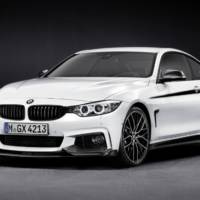 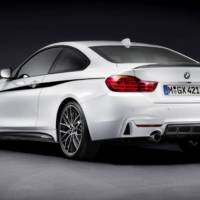 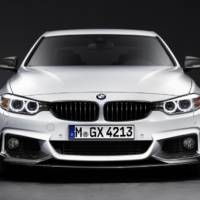 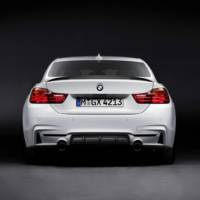 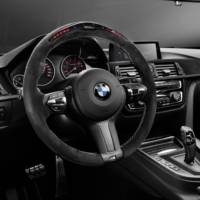 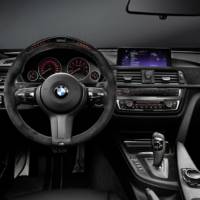 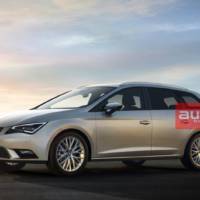 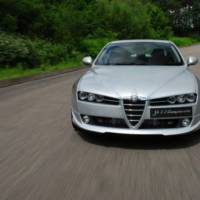