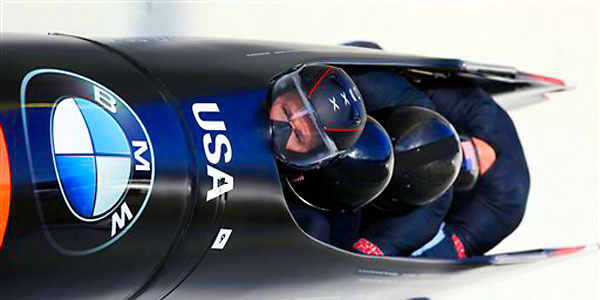 BMW of North America, the Official Mobility Partner of the United States Olympic Committee (USOC), today announced its U.S. Olympic marketing campaign for the Sochi 2014 Olympic Winter Games which includes a series of Olympic-themed advertisments, consumer and retail activations, social and digital media executions, and a national drive campaign to benefit Team USA. In addition, a documentary on BMW’s complete redesign of the U.S. two-man bobsled entitled “Driving on Ice” will air this Sunday, Jan. 5 at 12:30 p.m. EST/11:30 a.m. CST on NBC.

“To say the bobsled has been a passion project for BMW is an understatement, and seeing this true collaborative effort captured in a documentary is remarkable,” said Trudy Hardy, Vice President, Marketing, BMW of North America. “After years of hard work, it’s very rewarding to be able to share the journey with the fans of Team USA.”

Complementing “Driving on Ice” will be a series of upcoming U.S. Olympic-themed television advertisements that illustrate the ways in which BMW unlocks the goals and dreams of consumers and athletes alike – on land and on ice. BMW’s first commercial, “Road to Sochi,” leverages biopic footage similar to that of “Driving on Ice” to bring to life the passion, tireless commitment and determination embodied by Team USA athletes and shared by BMW. Featuring Holcomb, Meyers, fellow Team USA bobsledders Curt Tomasevicz, Steve Langton and Aja Evans along with Scully, “Road to Sochi” depicts Olympic journeys that traverse the weight room, the ice track and the design studio in the pursuit of excellence. “Road to Sochi” will first air on Jan. 5 on NBC, during the telecast of “Driving on Ice.”

The second advertisement, entitled “The Games,” which will begin airing in select markets nationwide today, will promote BMW’s Drive for Team USA national fundraising campaign, which will be reprised for a third time. “The Games” draws a connection between an athlete’s commitment to the sport they love and BMW’s role in supporting them on their journey. In it, a snowboarder rises early to claim his seat on the first chairlift of the day; a skier finds perfect powder before ski season officially begins; and Team USA bobsledders train in their new BMW two-man bobsled. The common thread throughout is the Ultimate Driving Machine.

Beginning today through Feb. 28, 2014, consumers are invited to visit their local BMW retailer for an opportunity to support the athletes of the U.S. Olympic and Paralympic Teams by test driving any BMW model, including the all-new X5 Sports Activity Vehicle, which is made in the USA. For every participant who test drives a vehicle at the event, BMW will make a donation to Team USA, for a maximum donation of $200,000.

“The Drive for Team USA campaign is a powerful connection point for us with both prospective and current BMW owners,” said Hardy. “Americans are passionate about the athletes of Team USA and are excited to do something tangible to contribute to their journey. For BMW to enable that transaction is a wonderful contribution to our business.” 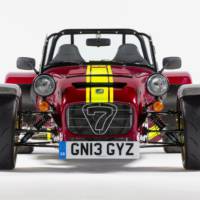 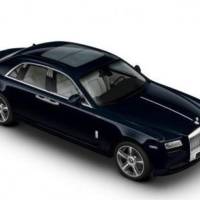