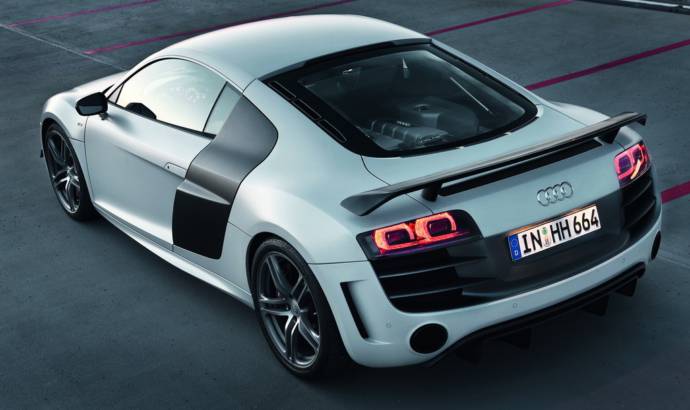 We know that the Audi R8 GT is the most powerful variation of the R8, and each of the 333 units that make it off the production line will be powered by a tuned 5.2-litre V10 for which output is rated at 560 HP and 540 Nm of torque.
According to recent details that surfaced in the British press, it seems the German automaker is working on an even more hardcore version, called the Audi R8 RS. The Audi R8 RS was spied recently, at a petrol station just outside the Nurburgring race track, and some of the car’s exterior details that indicate this is not a regular R8 GT were elements like a new front splitter, new side sills, the plastic engine cover at the back, larger air vents on the sides plus the over-sized brakes.
Also the tailpipes on the Audi R8 RS are just under the taillights, in a central position, and at the interior the cabin looks stripped of pretty much everything except seats, which look like Recaro.
The Audi R8 RS might come with a power level reaching 600 BHP, rear-wheel-drive and a reduced weight, but just like with all similar scoops, we’ll gave to wait for the official details. 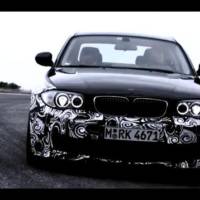 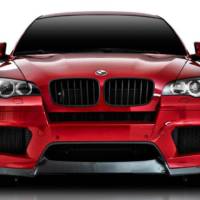