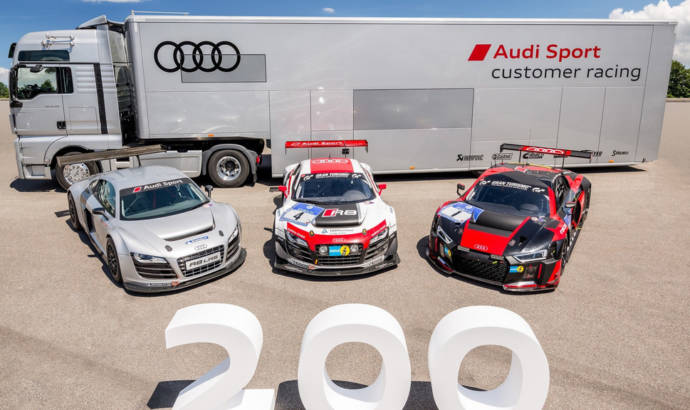 The first Audi R8 LMS was launched in 2009 and it was based on the first generation of the road-going supercar. But last year, Audi has unveiled a new generation and today is time to celebrate the 200th unit of this special car (the anniversary model is based on the second generation).

The new Audi R8 LMS is closely linked to the road car and about half of the parts found in the LMS version are taken from the regular model.

136 cars were built during the first generation and the others belong to the current model which managed to win its first competition in April at the Nürburgring.

The 200th unit was built earlier this month at Audi’s Neckarsulm site in Germany and belongs to team ‘Montaplast by Land-Motorsport’ which is currently in the lead of the ADAC GT Masters after six events with Christopher Mies/Connor De Phillippi.

As you may have read, the new R8 LMS is 25 kilograms lighter than its predecessor and comes with more race-track equipment. Under the hood is the V10 5.2 liter engine that can deliver 585 horsepower.

“When our new model was launched last year, many teams opted for the Audi R8 LMS – and inquiries from many parts of the world continue to be received in large numbers”, said Chris Reinke, Head of Audi Sport customer racing. 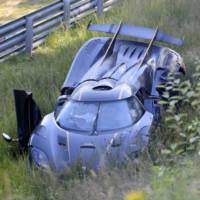 PREVIOUS 19 Jul 2016
Koenigsegg One:1 crashed on the Nurburgring 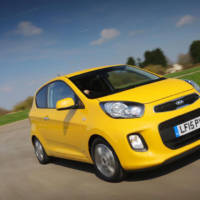