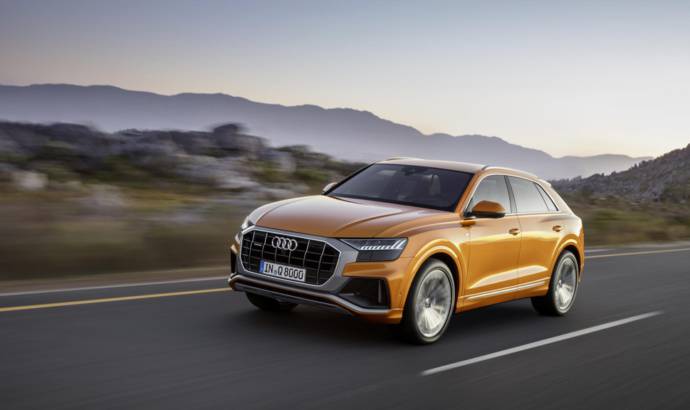 Long after BMW launched its first X6 model, the first SUV coupe in the world, Audi decides to join the game and try to compete also with the current generation X6 and the more recent Mercedes GLE Coupe.

The Audi Q8 introduces the brand’s new SUV design language for both exterior and interior features. The Singleframe grille with its octagonal shape is combined with the large, highly contoured air inlets.

The sloping roofline ends in gently inclined D-pillars and the pronounced wheel arches pay homage to the vehicle’s quattro DNA. A light strip connects the tailights at the rear of the vehicle. As in the original Audi quattro, a black surface underlines this strip.

Wider and lower than the Audi Q7, the Q8 offers a spacious interior with standard seating for up to five passengers and generous cargo capacity.

The central element inside the cabin is the all-new MMI touch response display. With its black-panel look, it dissolves into a large, black inlay when switched off. All elements relate logically to one another, from the flat air vent strip to the wide center console leading to the tiptronic selector. In the dark, the optional contour light traces the design lines of the interior and provides backlight for the three-dimensionally lasered quattro badge above the glove compartment.

The new MMI operating system features haptic and acoustic feedback and is as intuitive as a smartphone. Users hear and feel a click when their finger triggers a function. With its logical and flat menu structure, the system allows fast access to various vehicle functions. The system can be personalized using configurable and movable “favorites” buttons. Natural-language control turns the Q8 into a more intelligent travel assistant. Drivers can speak requests such as, “I’m hungry” to which the Q8 will suggest nearby restaurants.

Standard equipped with quattro all-wheel drive, the purely mechanical center differential transfers power to the front and rear axle at a standard ratio of 40:60, and when required, can transfer the majority of the power to the axle with better traction. The Q8 comes standard equipped with an adaptive damping suspension. Available adaptive air suspension enables the various suspension and damping combinations that make up the Audi drive select modes and makes the Q8 a capable choice for offroad terrain. 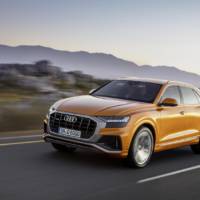 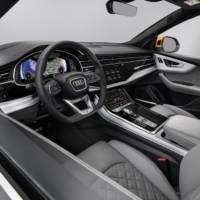 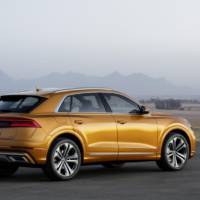 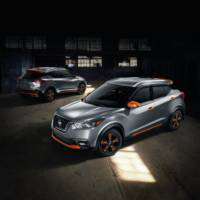 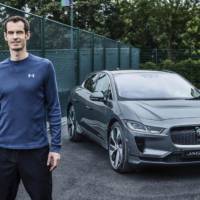