Home / Car News / Audi A8 is available with predictive suspension 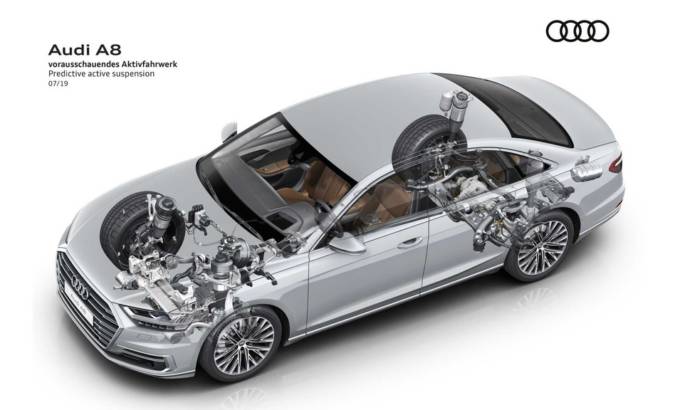 Audi A8 is available with predictive suspension

A few weeks ago we have seen the all-new Audi S8. The top of the range version was launched with a new suspension system. It was called predictive suspension and it is able to limit body roll and boost comfort.

Now, Audi sais it will offer the adaptive predictive suspension on the regular A8. The optional equippment will be available starting this AUgust but it will be ready only for the petrol-powered versions of the A8.

How works the new suspension system? Well, I think it is best to allow Audi officials to explain it for you.

“There are compact electric motors located close to each of the Audi A8’s wheels, running off the car’s 48-volt primary electrical system and governed by power electronics. A belt drive and a compact harmonic drive step up the electric motor’s torque almost 200-fold to 1,100 Nm (811.3 lb-ft) and apply it to a steel rotary tube. The latter is permanently attached to a preloaded titanium rod located inside it and capable of turning through more than 20 degrees. From the end of the rotary tube, the force is transmitted to the suspension via a lever and coupling rod – at the front suspension it acts on the spring strut, and at the rear suspension on the transverse link.”

The new suspension will be able to adjust itself within five-tenths of a second and is able to lift or lower the body by up to 85 milimetrs. 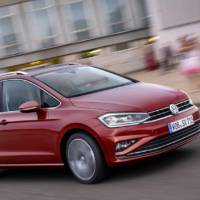 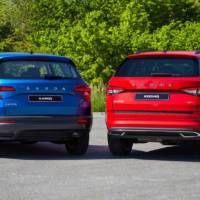