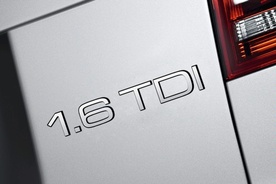 Audi A3 gets new 1.6 liter engines

Audi announced that two new diesel engines will be added to the Audi A3 motorisation list in June this year.

The new 1.6 TDI engine, delivering 77 kW (105 hp) in the Audi A3, reinforces the enhanced efficiency and customer benefits of downsizing: vastly superior fuel efficiency and performance comparable to engines with higher displacement.

For Audi, downsizing means offering customers vehicles with a turbocharged engine and smaller capacity as well as excellent efficiency and handling. Audi achieves this by blending several components of the modular efficiency platform. The standard start/stop system is especially effective during city driving. As soon as the vehicle comes to a stop, the shift lever is in neutral, and the driver removes their foot from the clutch pedal, the system turns the engine off. The engine then turns back on as soon as the clutch pedal is depressed.

Yet fuel savings begin before the A3 even halts at traffic lights. Aided by the energy-recovery system, the alternator works hard to convert kinetic energy to usable energy during a vehicle’s coasting and braking phases before temporarily storing it in the battery. Upon driving off or accelerating the vehicle, the battery supplies this stored energy to electrical components – thus reducing the load on the alternator. This saves as much as three percent fuel.

In conjunction with the TDI’s common-rail high-pressure injection technology, these systems work together to facilitate fuel consumption of just 4.1 liters per 100 kilometers (57.37 US mpg). This equates to just 109 grams of CO2 emissions per kilometer (175 g/mile).

Both versions of this new four-cylinder turbocharged diesel with common-rail technology further cement Audi’s reputation as a pioneer. Despite lower displacement, fuel consumption is lower while handling remains as outstanding as ever. 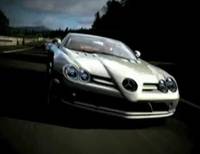 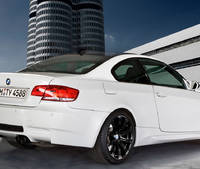