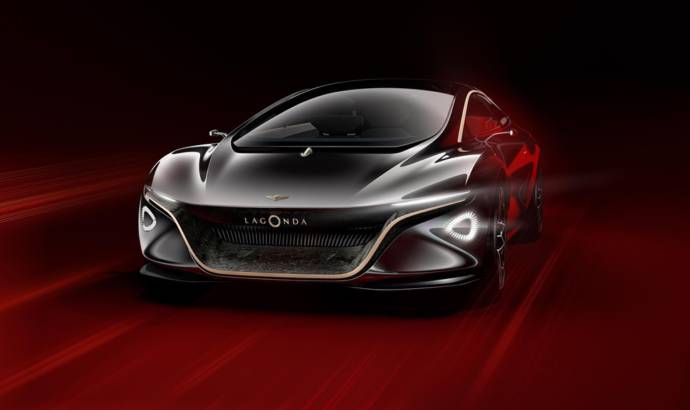 We all know Aston Martin as the producer of one of the most exclusive supercars, with powerful engines and sporty looks. But Aston martin wants to be renowned in the future also for its electric supercars.

During this year geneva Motor Show, the UK manufacturer unveiled the Lagonda Vision Concept, marking the beginning of a new range of state of the art, emission-free luxury vehicles. Production is planned to start in 2021.

Lagonda aims to be the world’s first zero emission luxury brand. Alongside the new concept, two 40 per cent scale models will be displayed, one coupe concept and one SUV concept, to illustrate how the Lagonda design language could be adapted for the future.

Both far shorter and lower than traditional limousines, the exceptional space efficiency that has been achieved by its radical design means there is room inside for four adults, each of two metres height or more.

The Lagonda Vision Concept doesn’t have a bonnet because one is not required. But it still needs to travel through the air and to do so as efficiently as possible to preserve battery life, which is why its shape is so sleek and dynamic.

The Lagonda Vision Concept also anticipates a world with a high level of autonomy. Its design is commensurate with level four autonomous driving, meaning the car is capable of driving itself in all routine circumstances and on all recognisable roads. As a result, the steering wheel can not only move from left to right hand drive according to need, in autonomous mode it can also retract entirely allowing front seat passengers to rotate through 180 degrees to engage in face to face conversation with those in the back. In the meantime, the car will not only have 360-degree awareness of the world around it, but also be fully connected to it, allowing occupants unprecedented access to bespoke concierge services and a level of connectivity and cyber-security few enjoy in their own homes, let along their cars.

The Lagonda Vision Concept has been configured to accept powerful solid state electric batteries enabling it to cover up to 400 real world miles between charges. That’s the distance from Los Angeles to San Francisco, London to Edinburgh or Berlin to Vienna without stopping. The concept has also has been designed to be compatible with the latest wireless conductive charging technology. 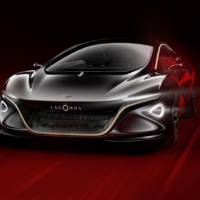 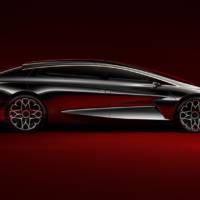 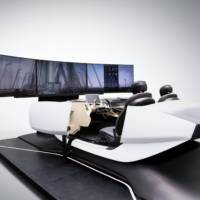 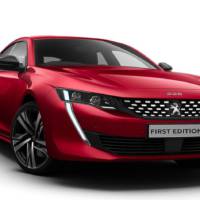