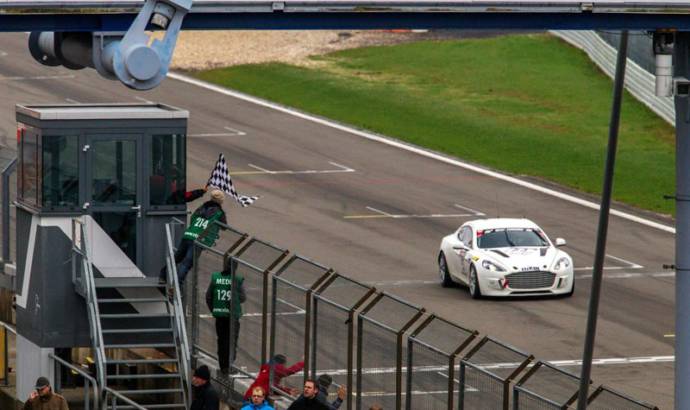 Aston Martin has secured its place in the history books with a world first hydrogen-fuelled zero CO2 emission lap of the 24 km Nordschleife circuit in Germany.

The lap was completed on Saturday (27 April) with Aston Martin Chief Executive Officer Dr Ulrich Bez at the wheel of the prototype Aston Martin Hybrid Hydrogen Rapide S, and was a perfect test run ahead of a formal record-breaking attempt at the ADAC Zurich 24 Hours of Nürburgring (N24) next month.

When it competes at N24 the Hybrid Hydrogen Rapide S – based on Aston Martin’s new four-door, four-seat sports car – will become the first hydrogen-powered car to compete in an international event as well as the first zero CO2 emissions sports car to complete a race pace lap at the Nürburgring 24-hour race. The car will compete in an experimental class (E1-XP) having passed rigorous technical and safety assessments by the German motorsport authority the DMSB to be granted approval to race.

It will be able to complete full laps with zero CO2 emissions and will be refuelled after each stint with 3.5kg of hydrogen as well as gasoline.

Capable of running on pure gasoline, pure gaseous hydrogen, or a blend of both, the Hybrid Hydrogen race car showcases Aston Martin’s commitment to engineering innovation. In pure hydrogen mode the car emits virtually only water from the exhaust.

The race car is based on the new Rapide S four-door sports car arriving in Aston Martin showrooms worldwide this month.


Aston Martin competes in the ADAC Zurich Nürburgring 24 Hours on May 19-20 for the eighth successive year. 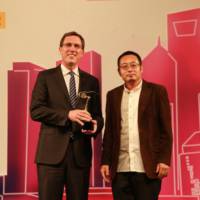 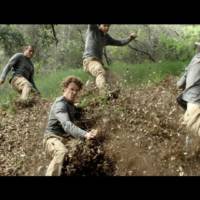