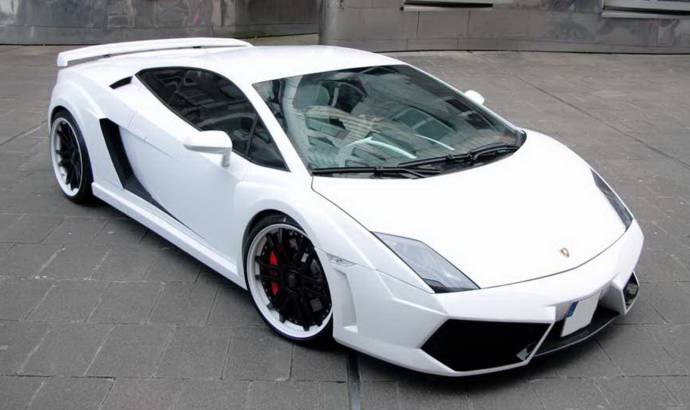 A new performance program from tuners at Anderson Germany who launched this custom Lamborghini Gallardo called the White Edition.
Starting with the mechanical upgrades, the Anderson Lamborghini Gallardo White Edition features a modified air filter, a sport exhaust system and optimized engine electronics which enable the Italian sports can to spit out 600 HP instead of 560 HP like the standard version.
The Anderson Lamborghini Gallardo White Edition sits on three-piece 20 inch black alloys wrapped in tires size 245/30-20 in front and 325/25-20 at the rear, and also features a special suspension module that improves the car’s driving dynamics.
Visual enhancements on the Anderson Lamborghini Gallardo White Edition include a new front apron, side skirts, a redesigned rear spoiler and diffuser, LED lights on the sides, and red painted brake calipers.
The interior of the Anderson Lamborghini Gallardo White Edition features a series of white carbon inserts, seats finished in black and white leather and black Alcantara plus diamond shaped stitching on the doors and seats.
Anderson Germany press release :
ÉCLAIR BLANC
As might be expected, the company ANDERSON headquartered in Dusseldorf is unlikely taboo that you could not throw overboard. This company is well-known for its bold solutions for top flight vehicles of different origin exceeding the declared specifications. So this Lamborghini Gallardo White Edition is a further proof of the inexhaustible creativity of this team from the capital of North Rhine-Westphalia.
Performance kit takes the horsepower from 560 to 600 hp. This is done with series of modifications that include the use of software optimization and the addition of a modified air filter and a sport exhaust system with additional Rennkats. The tuning package includes a remote-controlled valve adjusting system that lets driver opt from three different levels of noise and also reduces approximately 22 kg in weight. A special sport suspension module combined with a precise undercarriage significantly changes the driving dynamics. Three-piece, shiny black rims – each with a white painted deep dish – in dimensions of 9×20 inch with 245/30-20 tires in front and 12.5 x 20 inch with 325/25-20 rear provide adequate adherence with the asphalt surface.
Externally visible modifications include carbon trim, widening aero kit consisting of front apron, side skirts, rear bumper diffuser and a rear spoiler. And window and tail light tinting should be mentioned also. The look is completed by LED lights on the sides of the vehicle and contrasting red-painted calipers.
The interior features exclusive white carbon details. There are the vents, the hand brake lever, the shift paddles, the dashboard, the steering wheel, door handle inlays, the shift lever and the border of the internal light in the roof lining.
The seats of the White Racing Edition are finished in black Alcantara and black and white leather; the edges of seats are entirely in white; doors and seats have diamond-shaped stitching.
An Italian dream in white is available now .. 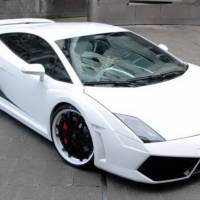 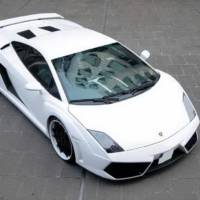 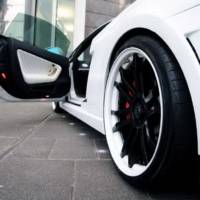 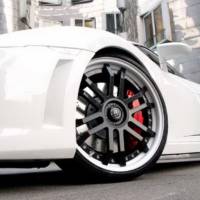 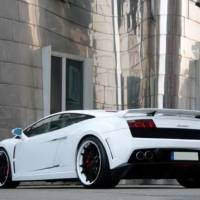 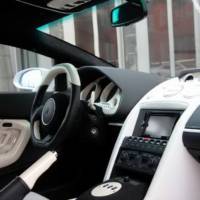 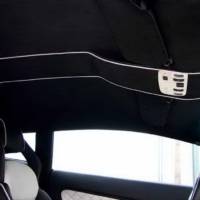 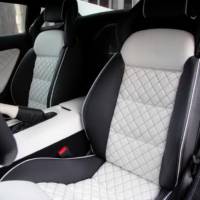 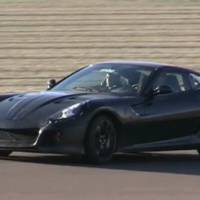 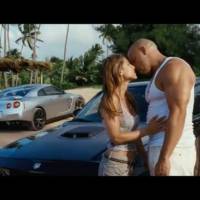