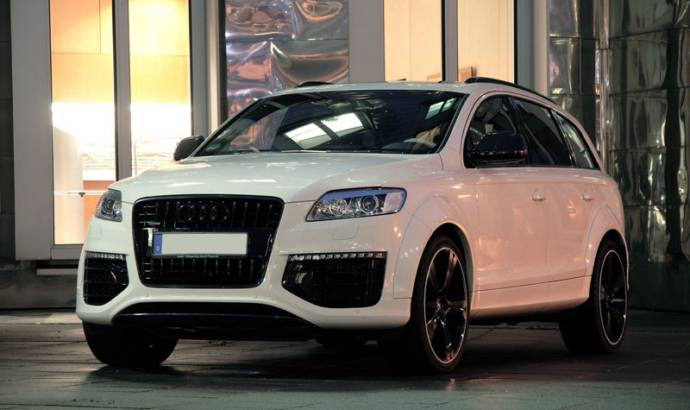 The tuners from Anderson Germany decided to turn the Audi Q7 V12 TDI into a ‘family suited’ SUV, so they fitted it with a series of custom components, gave it more power and added a sporty child seat on the back seat.
So starting with the exterior, the Anderson Germany Audi Q7 V12 TDI features a carbon package that includes front and back diffusers, the bordergrill, mirror casings and roof drip moldings, plus various elements painted in shiny black lacquer. These include the grill and logos, the exhaust and the 22 inch alloys plus the taillights have also been darkened.
Under the bonnet the tuners has fitted the SUV with special air cleaners and a software optimization kit which enables the Anderson Germany Audi Q7 V12 TDI to develop 550 HP instead of 500 HP like the standard model.
At the interior the Anderson Germany Audi Q7 V12 TDI comes with various carbon applications, and a combination of black Alcantara and black leather and contrasting white stitching.
Anderson Germany press release :
Quite FAMILY-SUITED – Q7 from ANDERSON GERMANY
Since Sports Utility Vehicles resounded throughout the land, rightly or wrongly, should not be discussed at this point it was only a matter of time, until the company ANDERSON GERMANY from Dusseldorf their Interpretation of such SUV would present. That again has been elected the "Big from Ingolstadt", namely the Audi Q7 V12 TDI Family Edition, is not surprising.
Lets begin with the visible externals for everyone. There is a carbon exterior package to admire for the bordergrill, front- and backdiffusor , the mirrorcaps, and the roof drip moldings. Grill grate and Logos were painted in a shiny black lacquer.
The panes, as the taillights are .darkened. Also the exhaust ends got this black that seems to be not transparent. For the most permanent contact with the road cares a set of glittering black rims with a white edge in 10×22 inch with 295/30-22 tyres all around.
Behind the rims easily can be recognized red painted brake calipers. Because of the not insignificant total weight the Q7 got – among other things for better behavior in curves – a module to set the car lower. Under the hood runs by the way a twelve-cylinder dieselengine, which has got by special air cleaners and software optimizations 10 per cent more engine performance than the serial version 500 HP to now 550 HP .
Also the salon of the Q7 gives the ipression of full exclusivity.
Using white carbon-applications to the Ventilation shafts, the Parking brake grasp, the switching jacks, the armature edges, on the steering wheel, the door handle inserts, the switch guide plate and the edge of the illumination of the salon at the roof, has been set new styles.
The ventilation edges, the steering wheel, the shift levers, the center console, the speedometer and the radio screen as well as the trim in the doors with carbon applications are coloured opposite in black. The furniture is partly upholsterred with black Alcantara, partly with black leather, whereby in doors and seats white seams provide loosening-up.
A dimmable LED floor space lighting fits in front and in the back perfectly into the surrounding field. Even the child seat was improved exclusively and orients itselves in such a way at the design of the interior.
And as the addition „Family edition“ of the presented model already states, quite family-suited, this Q7… 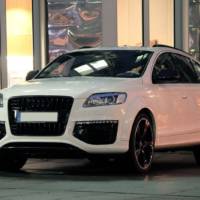 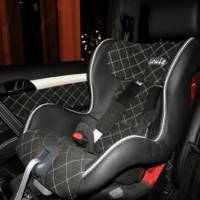 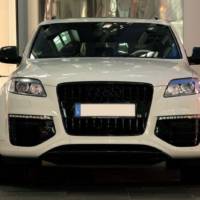 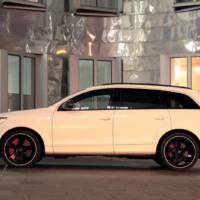 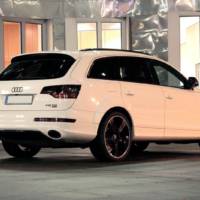 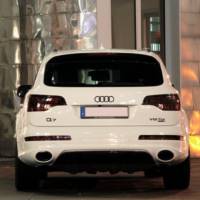 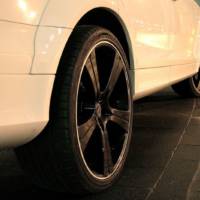 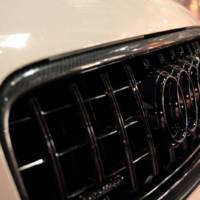 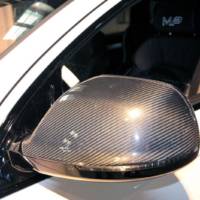 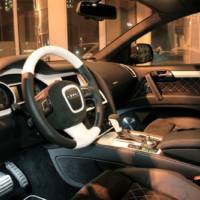 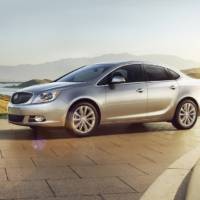 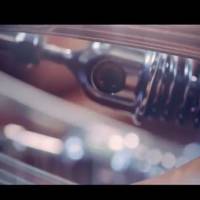