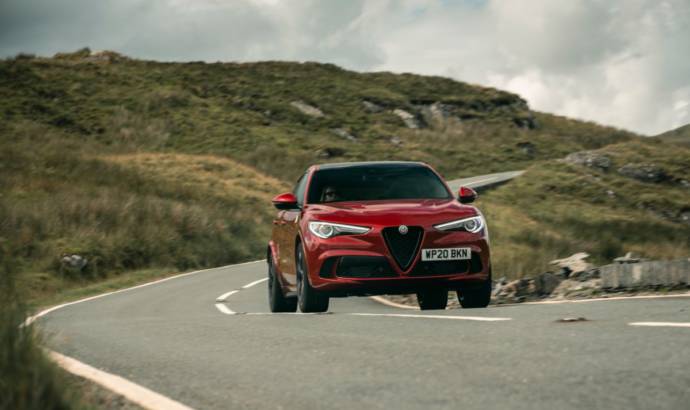 Inside, the centre console has been adapted to offer greater tactile and visual impact, while also providing more storage space, a new leather trimmed steering wheel and gear stick are standard and customers can now choose to option red or green seat belts over the classic black version. New perforated upholstery will also be available on the Quadrifoglio models, fitted with electric leather and Alcantara sports seats as standard and available with optional carbon shell Sparco seats.

The Alfa Romeo MY20 Quadrifoglio models is available in a choice of eight colours including Competizione Red, Trofeo White and Misano Blue.

Late in 2020 a range of classic colours, which recall and reinterpret the heritage of Alfa Romeo, will also become available. The Classic range harks back to a prestigious heritage and will comprise of three new colours: 6C Villa d’Este Red, GT Junior Ocra, and Montreal Green. The latter hue pays homage to one of the brand’s icons, the Alfa Romeo Montreal, launched 50 years ago.

With the new MY20 Giulia and Stelvio Quadrifoglio the HMI has evolved. The 8.8-inch central display is now touchscreen and adopts an all-new layout with widgets which can be dragged and dropped to create a fully customisable homepage, in which each of the vehicle’s functions becomes an app. So just horizontal scrolling calls up the access screens for Alfa DNA, radio, media, smartphone, navigation, climate control, connected services and ADAS. The driver can choose between the updated rotary knob or the touchscreen to control the new infotainment system.

Exclusively available on the Quadrifoglio models, the new Performance Pages show the temperatures of the main mechanical components, torque delivery, turbo pressure and power used, as well as digital chronometers to measure acceleration and maximum speed, allowing the driver to view performance levels and vehicle status in real time.

The new 7-inch TFT screen in the heart of the instrument cluster is also now standard across the whole Giulia and Stelvio range. The screen layout has been redesigned to offer more information in a more rational way, and to accommodate the autonomous driving technology parameters.

Performance is guaranteed by the powerful, aluminum, 2.9-litre V6 Bi-turbo engine capable of unleashing 510hp and 600Nm torque at 2,500rpm. Delivery to the wheels is the responsibility of the Alfa Active Torque Vectoring system, assisted in the Stelvio Quadrifoglio by the innovative Q4 all-wheel-drive system.

The Quadrifoglio models feature an 8-speed ZF automatic transmission, calibrated to optimise fluidity and comfort so the vehicles can easily be driven on all terrains. The transmission also features a lock-up clutch to give the driver a powerful feeling of in-gear acceleration once the gear is engaged. 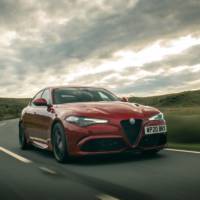 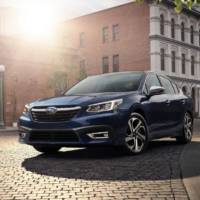 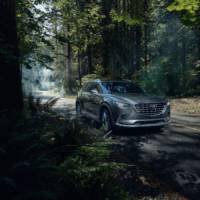