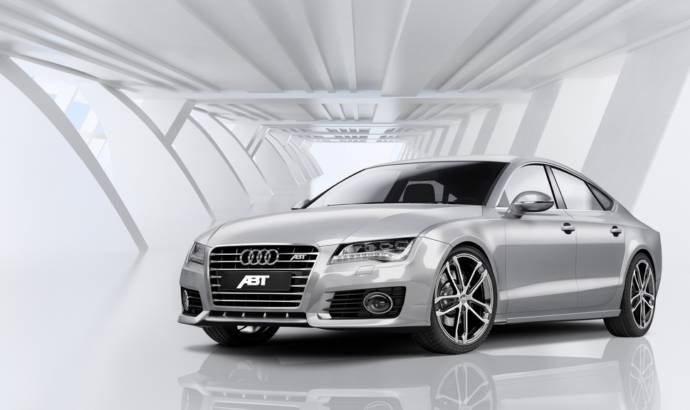 A second German tuner to approach the Audi A7, besides MTM is ABT Sportsline, who will present their upgrade program for the new 4-door coupe at the 81st edition Geneva Motor Show in March.
The ABT Audi A7 has received a series of exterior elements that make it appear even more dynamic, and these include a new front spoiler, side skirts, a redesigned rear skirt a four-pipe exhaust unit plus custom alloys available in sizes 19 to 21 inch.
In terms of performance the ABT Audi A7 comes with upgraded figures for both the 3.0-litre TFSI and 3.0-litre TDI plants, after receiving the tuner’s POWER and POWER S packages.
The diesel version ABT Audi A7 increases the standard output from 245 HP (180 kW) and 450 Nm of torque to 282 HP (207 kW) and 500 Nm, or 310 HP (228 kW) and 610 Nm of torque. On the petrol version the ABT Power kit enables the ABT Audi A7 to unleash 410 HP (302 kW) instead of 300 HP (221 kW).
The ABT Audi A7 has also been fitted with the ABT Level Control which lowers the air suspension for increased stability and precision.
ABT Sportsline press release :
Elegance in its most impressive form – the new ABT A7
Your first glance at the elongated outline of the A7 is a magical moment which you will want to repeat again and again. Like an elegant feline predator, the vehicle shows that it is ready to pounce at any time and is very dynamic. The ABT side skirts support this impression further. They make the extravagant Audi seem even more muscular, it is a sports car in a perfect tailor-made suit. The front spoiler and the rear skirt set with the distinctive 4-pipe exhaust unit underline the fact that ABT has placed special emphasis on "sport" with the new A7 Sportback.
"For us the A7 is a car whose optical qualities also must be reflected in its driving performance", explains Christian Abt. The General Manager of the traditional Bavarian company, who is responsible for technical developments, stresses that the A7 has to meet the high demands of its owner, both as a premium road vehicle and as a sporting machine. This applies to both the 3.0 TFSI and the 3.0 TDI. "We think that the diesel engine suits the A7 perfectly, as it combines torque and unbridled power with the highest possible economy", says Christian Abt. With ABT POWER the series standard 245 HP (180 kW) is increased to a powerful 282 HP (207 kW). The torque also rises from 450 Nm to an impressive 500 Nm. The big turbo diesel runs even more powerfully with ABT POWER S: this is because the  "in-house" turbo charger from ABT SPORTSLINE is applied and the Sportback therefore brings 310 HP (228 kW) onto the road. With its powerful torque of 610 Nm the machine is both superior and offers high-torque and quick acceleration in every situation. The ABT A7 becomes a real sports car with a petrol engine: thanks to ABT POWER the six cylinders now offer 410 HP (302 kW), compared to the series-standard 300 HP (221 kW).
ABT offers designer light alloy wheels in the sizes 19 to 21 inch to suit the extravagant Coupé limousine with the practical tailgate. The alloys are, of course, also available in combination with high-performance tyres, so that nothing else stands in the way of
driving enjoyment. In combination with the lowering of the air suspension thanks to
ABT Level Control, the ABT A7 now sticks to the road even more. Impressive performance, elegance and extravagance now have a new name – ABT A7. 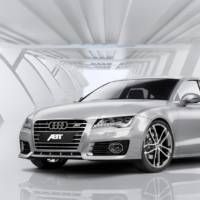 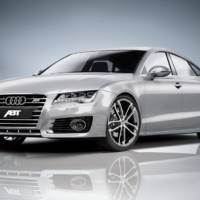 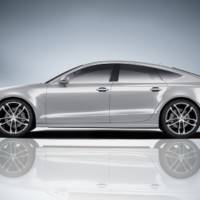 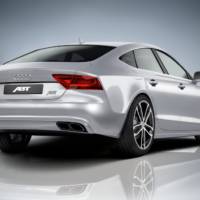 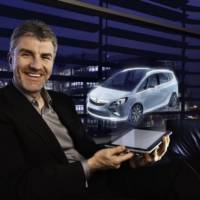 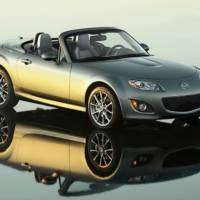