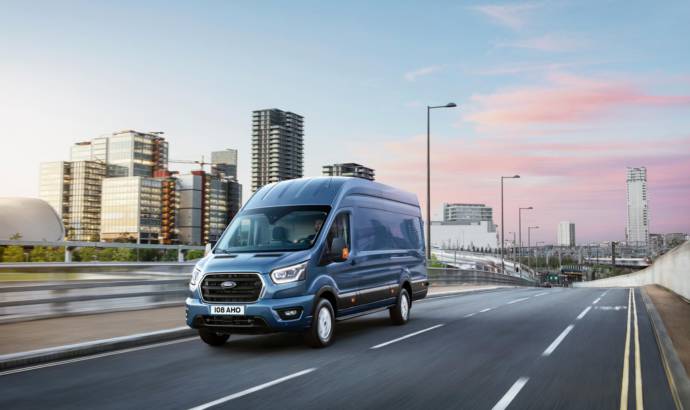 Ford is updating its utility range in the UK with the introduction of the new Transit model. More than 4,600 upgraded components alongside advanced powertrain and driver assistance technologies contribute to a new Ford Transit that can carry more, uses less fuel and is easier to drive and operate.

Enhanced versions of Ford’s sophisticated EcoBlue diesel powertrains help reduce operating costs by delivering up to seven per cent fuel efficiency improvements, with up to a further eight per cent fuel saving offered by Transit’s new EcoBlue Hybrid powertrains – the first 48-volt mild-hybrid technology to be introduced to the segment.

Ford’s 2.0-litre EcoBlue diesel engine has been further optimised to deliver fuel savings of up to seven per cent according to Ford data based on a WLTP real-world driving cycle. Equipped with Ford’s six-speed manual gearbox, the new Transit delivers CO2 emissions from 143g/km and fuel efficiency up to 40.9mpg*

The new Transit expands the existing range of 105PS, 130PS and 170PS 2.0-litre EcoBlue power ratings with the addition of a new 185PS variant that delivers 415Nm of torque. All ratings benefit from an enhanced turbocharger design that helps to deliver a broader spread of torque across a wider speed range than before. 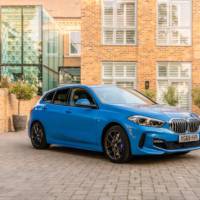 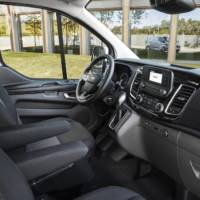