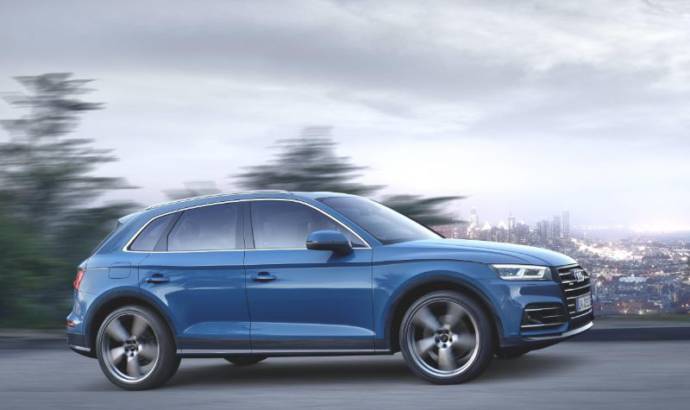 Audi decided to use hybrid technology not only on its A8 admiral ship, but also on one of its most popular SUV. So, for 2020 we also have a Q5 hybrid on the US market.

Audi of America introduces its first plug-in hybrid (PHEV) variant of its bestselling SUV, the Audi Q5, with addition of an electric motor coupled with a traditional TFSI gasoline engine. The versatile new PHEV offers customers a premium SUV with an efficient, yet powerful driving experience. The combination of standard quattro all-wheel drive, powerful gasoline engine, and electric motor heighten performance at a competitive price point. The Audi Q5 TFSI e will be joined by the A8 TFSI e and the Audi A7 TFSI e in the coming months.

The Audi Q5 TFSI e is equipped with a turbocharged 2.0-liter four-cylinder TFSI engine coupled with an electric motor that sits between the engine and 7-speed S-tronic dual-clutch automatic transmission, producing a total combined system output of 362 horsepower and 369 lb-ft of torque. The plug-in hybrid SUV performs nearly a second faster than the Audi Q5 to sprint from 0-60 mph at an impressive 5.0 seconds. The SUV is standard equipped with quattro all-wheel drive with ultra technology.

Offered as standard equipment on Audi TFSI e models, drivers have the option to adjust engine and battery usage with three capable modes specific to the plug-in system. Hybrid mode is activated automatically using route guidance in the MMI navigation system to optimize battery power over the route to help reduce fuel consumption based on a variety of data points including speed limits, types of roads, and the latest data from onboard sensors. The SUV automatically starts in EV mode, where the car is driven exclusively using the battery as long as the driver does not press the accelerator past a variable, perceptible pressure point. In Battery Hold mode, the battery capacity is held at the current level – this is useful if the driver anticipates a need for it later on their route.

In electric-only mode, using a 14.1 kWh lithium-ion battery, the Audi Q5 TFSI e has a range of 20 miles that gives buyers the option to drive free of tailpipe emissions. This mode can be selected for driving scenarios when an engine might not be needed, while other modes that balance efficiency between the powertrains when selected. As a result of the TFSI and EV powertrain state, the SUV is EPA rated at 65 MPGe.

The Audi Q5 TFSI e is standard equipped with a compact charging system and can be charged at any SAE J1772 or CCS charging station. The onboard charging system includes cables for home or on the go.

SEE ALSO:  Next generation Audi A8 won't get an electric version

Much like the fully electric Audi e-tron, the Audi Q5 TFSI e benefits from plug-in-specific applications in the myAudi app, including showing the user how long the vehicle has until it is fully charged and allowing for available preconditioning functions that can help achieve optimal efficiency. Additionally, with the partnership Audi established in 2019 with Amazon for home charger installation, Q5 TFSI e owners are able to take advantage of using Amazon to purchase a charger and schedule an electrician install it with just a few clicks. 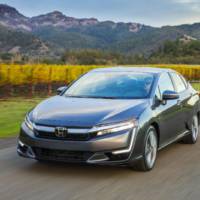 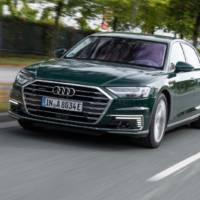