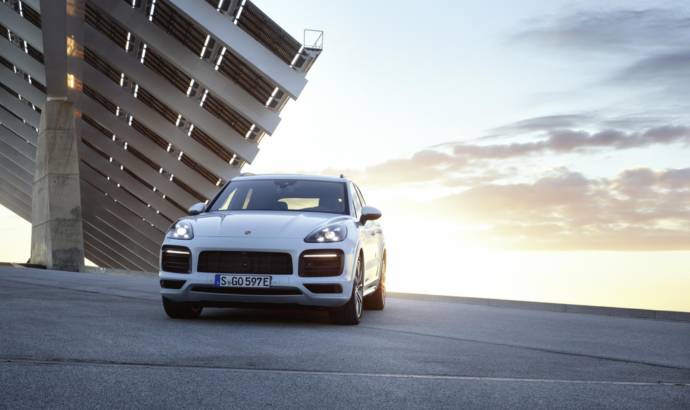 While everyone awaits the first diesel on the new generation Cayenne, Porsche is offering its European clients an alternative: the 2019 Porsche Cayenne E-Hybrid, preceding Cayenne S E-Hybrid it replaces.

Those advantages include more power, quicker acceleration, a faster top speed, and increased electric-only range. The Porsche Cayenne E-Hybrid uses the same three-liter mono-turbo V6 as the Cayenne, but significantly increases total horsepower and torque by integrating an electric motor.

Porsche completely re-engineered the hybrid powertrain componentry at work in the Cayenne E-Hybrid as compared to the Cayenne S E-Hybrid of the previous generation. The hybrid module, which is positioned between the engine and eight-speed Tiptronic S transmission, consists of an electric motor and a separating clutch. In contrast to the previous electro-hydraulic system with a spindle actuator, the separating clutch is operated electromechanically for quicker reaction times. The new Tiptronic S transmission, which was developed for the third-generation Cayenne range, offers significantly faster, smoother, and more comfortable shifts. This also leads to a reduced interruption of tractive force while changing gears. As with other Cayenne models, the top track speed is reached in sixth gear, leaving the remaining two gears intentionally long for efficient cruising.

The Sport Chrono Package, including a mode switch integrated into the steering wheel, forms part of the standard equipment on the Cayenne E-Hybrid. The mode switch and the Porsche Communication Management system are used to select the various driving modes. These include the familiar “Sport” and “Sport Plus” modes from the other Cayenne models equipped with the Sport Chrono Package, while the Cayenne E-Hybrid also adds four hybrid-specific modes: “E-Power”, “Hybrid Auto”, “E-Hold” and “E-Charge”.

Power is stored in a 14.1 kWh battery pack housed in the rear of the chassis beneath the load floor. While running on electricity alone, the Cayenne E-Hybrid can travel up to 83 miles per hour and up to 44 kilometers (NEDC). EPA fuel economy figures and electric range are unannounced at this time.

SEE ALSO:  Porsche has an update for the infotainment system

Battery capacity of the Cayenne E-Hybrid increases by roughly 30 percent to 14.1 kWh when compared to the preceding model. The liquid-cooled battery consists of eight modules with 13 prismatic lithium ion cells each. The packaging size of this battery pack is the same as the battery used in the previous Cayenne S E-Hybrid, but it has improved energy density. 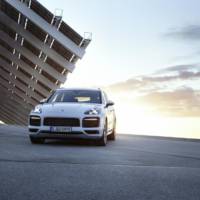 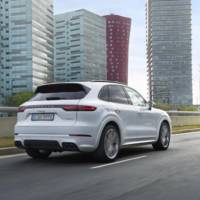 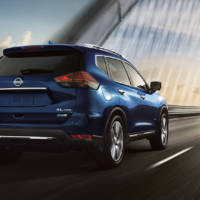 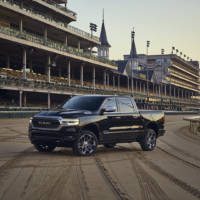