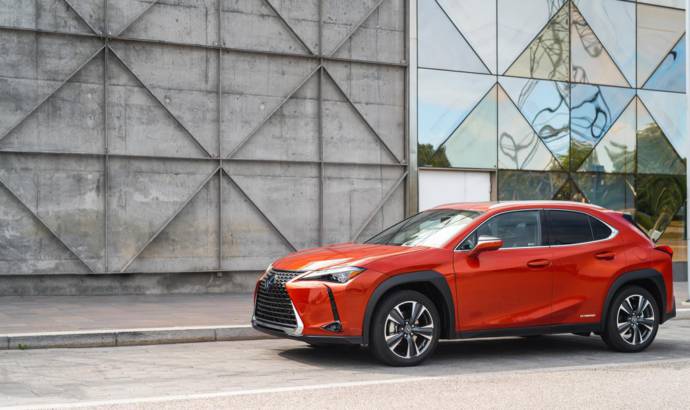 Lexus is updating its current UX range, the smallest crossover they have ever built, launched almost a year ago in most market around the globe. The 2019 Lexus UX will arrive in dealerships in December 2018. The UX 200 will have a starting price of $32,000. The UX 250h will follow in January 2019 with a starting price of $34,000.

The 2019 UX is the first Lexus constructed on the new Global Architecture Compact (GA-C) platform: a lightweight yet super-rigid structure, extremely low center of gravity and refined suspension tuning

Seen from outside, LED daytime running lights arranged in an arrowhead motif above the headlights complement the Lexus L-shaped lighting signature. These appear like brows above the standard single-projector dual-beam LED headlights or the optional ultra-small 3-projector LED units.

The full-width rear lights project a distinctive nighttime signature formed by a sequence of 120 LEDs tapering toward the center, measuring just 1/8” thin at its narrowest point.

The 2019 Lexus UX is offered in a palette of 12 exterior colors to accentuate its stunning lines. Two of those colors, Ultra White and Ultra Sonic Blue Mica 2.0, are exclusive to the F SPORT.

Two new colors were developed for the UX: Cadmium Orange creates vividness and a sense of depth using a multi-layer painting process that combines a red color base layer with a yellow interference mica layer. Nori Green offers a strong contrast between bright highlights and dark, calm shades. The mica particles have been enlarged as much as possible.


The UX F SPORT driving experience can be further enhanced with Active Sound Control (ASC), which generates the aural effect of up- and down-shifts like those of a geared automatic transmission.

Lexus designed the UX cabin to evoke the feel of a luxury sedan, but with the higher seating position and versatility experienced in a crossover. The materials and workmanship are pure Lexus, combining Japanese traditions.

The UX makes the driver feel more in touch with the road thanks to a “seat-in-control” concept. Critical vehicle functions are grouped around the driver’s side of the cabin, and the seatback shape allows the driver to operate them while maintaining a comfortable, natural posture.

The Lexus Remote Touch Interface (RTI) with haptic feedback in the 2019 UX is designed to feel as familiar to use as a smartphone. The RTI utilizes intuitive operations, such as double-tapping and flicking, to mimic common phone gestures. Frameless construction eliminates edges, and a special coating on the touch pad surface lets fingers easily slide over it while minimizing the appearance of fingerprints. 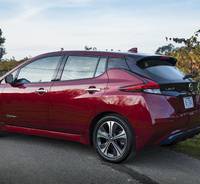