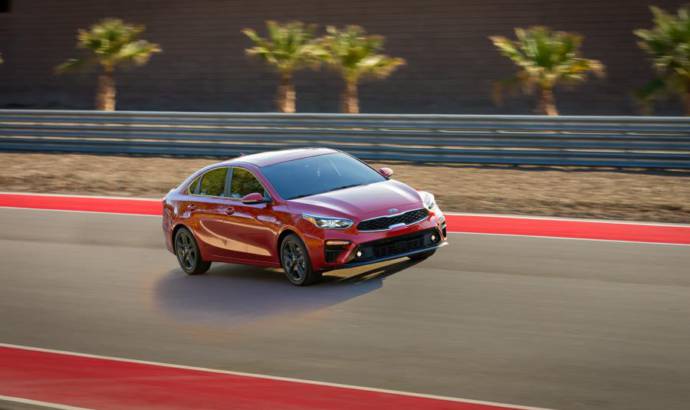 Kia used this year Detroit Motor Show to introduce us the third generation of its Forte sedan. Thanks to a number of improvements, Forte now offers drivers a higher level of comfort, fuel efficiency and advanced driver assistance technologies.

While the third-generation Forte retains its sporty and youthful image, thanks to a number of sleek and dynamic styling cues inspired by the Stinger fastback sport sedan. Creases in the hood contribute to the Forte’s muscular appearance and distinctive design traits on the front fascia, including a fresh approach to Kia’s signature tiger nose grille and an aggressive black lower valance.

Overall length has increased by 3.2 inches to 182.7 inches, allowing for more legroom and additional cargo in the trunk. With 15.1 cu.-ft., cargo room is among the largest in the segment and generous enough to accommodate gear for a group of friends on a road trip or a growing family managing a busy schedule. Additional headroom results from increasing the overall height nearly a half inch to 56.7 inches, while the overall width has grown to 70.8 inches.

Housed underneath the Forte’s longer hood is a second-generation 2.0-liter Nu four-cylinder engine that benefits from Atkinson Cycle technology and a cooled EGR system. Typically applied to hybrid and electric vehicles, the Atkinson Cycle and cooled EGR technologies are designed to help boost fuel efficiency.


The new powerplant can be paired with either a six-speed manual or Kia’s all-new Intelligent Variable Transmission (IVT). The engine and in-house-built IVT are the first of a new line of highly efficient “Smart Stream” powertrains that will make their way into the Kia lineup in the future.

Waiting before developing Kia’s own continuously variable transmission (CVT) allowed engineers to research issues often associated with CVTs and apply their findings in the application used in the Forte.

Horsepower and torque are expected to remain unchanged from the 2018 Forte, delivering an estimated 147 HP and 132 lb.-ft. of torque. Efficiency was the top priority and the IVT, together with the 2.0-liter engine, is estimated to return up to 35 MPG combined, about a 3 MPG improvement over the current vehicle. 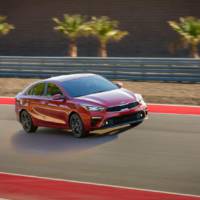 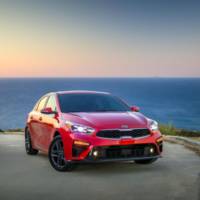 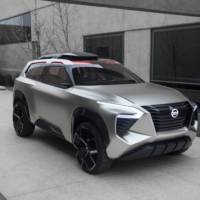 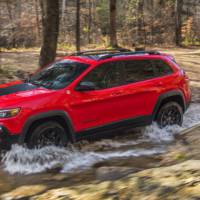