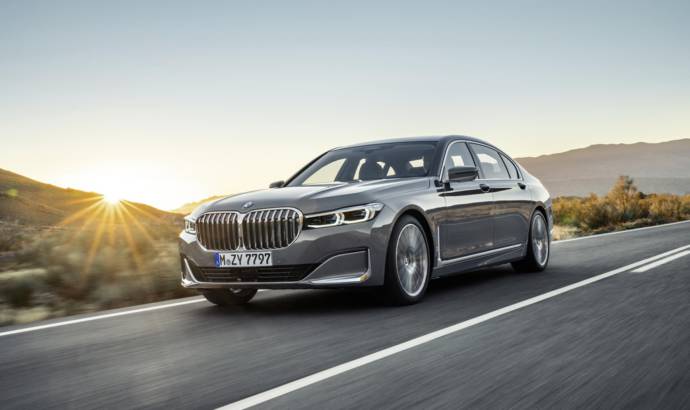 With the new generation Audi A8 recently launched, BMW had to make a move. And it did, by launching the facelifted 7 Series in Detroit. The new BMW 7 Series incorporates an extensive design refresh at the front end that is now around 50mm taller at its foremost point. The traditional BMW kidney grille is now significantly larger and features active air flap control with adjustable vanes that only open when the need for cooling air is increased.

The new BMW 7 Series features new Air Breathers that optimise the flow of air through the wheel arches, helping to reduce turbulence. Air outlets that are integrated into the side panels now extend much further upwards and their trim strips form a 90-degree angle with the side trim elements.

The three-dimensional rear lights of the new BMW 7 Series are around 35 millimetres slimmer than on the outgoing car. Other new features include a slim light strip sited below the chrome bar, which extends across the full width of the tailgate and connects the rear lights with each other.

The new BMW 7 Series models are equipped as standard with a hands-free phone system including wireless charging. Previously situated under the centre console armrest, the tray for smartphones that support wireless charging is now positioned immediately in front of the cupholders. LED ambient lighting with a choice of six colours is available as standard.


The rear-seat entertainment system comprises two 10-inch full-HD displays complete with a Blu-ray player. The system allows users to access the entertainment, navigation and online functions of the vehicle from the rear seats. The viewing angle of the screens, which now have touchscreen functionality, can be adjusted in accordance with the rear seat passengers’ existing seat position.

The new BMW 7 Series also includes the latest version of the BMW Touch Command unit. This removable tablet with a 7-inch screen can be used from any seat and even outside the vehicle. It lets the occupants operate comfort functions such as seat adjustment, interior lighting and climate control, as well as the infotainment, navigation and communication systems. It can also be used to play external audio and video files. The graphics and menu system of the BMW Touch Command tablet and the rear-seat entertainment Experience displays are now aligned with the software features and functionality of BMW Operating System 7.0, which is also used for the all-digital displays of the instrument cluster and Control Display.

The standard BMW Live Cockpit Professional comprises a fully digital, high-resolution instrument cluster behind the steering wheel with a screen diagonal of 12.3-inches and a Control Display measuring 10.25-inches across. This package of equipment also features an adaptive navigation system and a hard-drive-based multimedia system with up to 320GB of memory.


The new BMW 7 Series is available with petrol and diesel engines using six, eight and 12 cylinders as well as a plug-in hybrid drive system. The eight-speed Steptronic transmission fitted as standard on all model variants has also undergone further improvement as has the BMW xDrive intelligent all-wheel-drive system that can be combined not just with the petrol and diesel engines but with the hybrid drive too. The choice of models equipped with BMW eDrive technology now comprise the BMW 745e and the BMW 745Le xDrive.

The new BMW 7 Series also features the optional Integral Active Steering system. This technology allows the driver to execute low-speed manoeuvres with only small steering inputs and without having to change their grip on the steering wheel. At higher speeds, meanwhile, the car’s responses to movements of the wheel are less pronounced, improving both directional stability when driving in a straight line and precision on the way into corners. 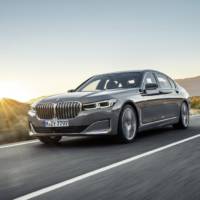 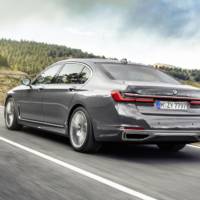 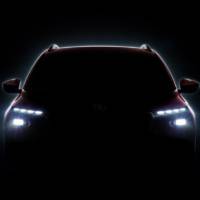 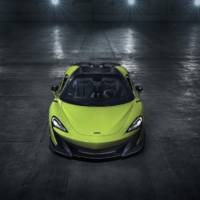