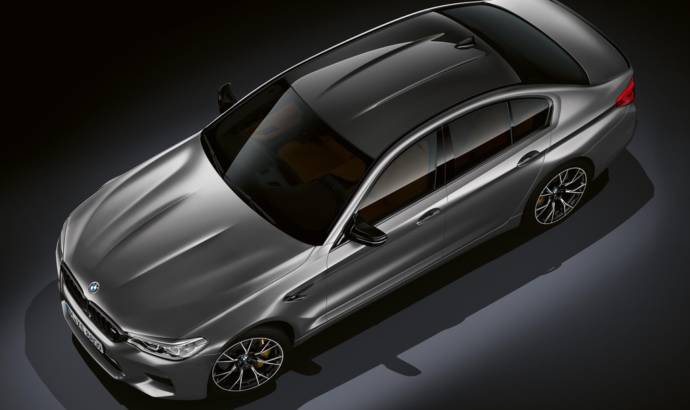 BMW raises the performance bar with an impressive version for the current M5 sedan. The launch of the new 2019 BMW M5 Competition Sedan, along with the recently announced M2 Competition Coupe, marks the creation of a new product category within BMW M GmbH’s line-up, with the most powerful variants of its high-performance cars to be available in the future as standalone Competition models.

Light-alloy wheels specially developed for the new 2019 BMW M5 Competition Sedan play a part in its performance capabilities and add to the model’s looks. Other distinctive design features of the Competition include high-gloss black finishers on the door handles, mirror bases and mirror triangles, plus the exterior mirror caps and the mesh of the signature M gills in the front flanks. High-gloss Shadow Line trim is featured on the door window surrounds and B-pillar trim.


Moving inside the new 2019 BMW M5 Competition, black seat belts with a striped pattern in BMW M GmbH colors and floor mats with model-specific piping plus an “M5” logo provide the finishing touches. A distinctive “M Competition” graphic appears in the instrument cluster to greet the driver as vehicle is starting up.

SEE ALSO:  New teasers with the BMW i4 prototype

The new 2019 BMW M5 Competition comes with a model-specific M Sport exhaust system.  This version of the flap-controlled, twin-pipe exhaust system produces an extremely distinctive sound with a sportier tone – especially when the engine is pushed hard and at high revs.

The 2019 M5 Competition ride height has been lowered by seven millimetres compared to the M5 Sedan, with additional, model-specific chassis tuning, featuring tweaks to the springs and dampers. Increased negative camber at the front axle enhances the car’s ability to absorb lateral forces through high-speed corners. Fitting the toe links with ball joints instead of rubber mounts has resulted in more precise wheel guidance at the rear axle. The spring rate of the rear anti-roll bar is firmer, causing the body roll that occurs through high-speed corners to be distributed with a pronounced rear bias.


Standard specification for the new 2019 BMW M5 Competition includes exclusive M light-alloy wheels sporting a Y-spoke design in a bi-colour finish. The 20-inch forged wheels are shod with tires measuring 275/35 R 20 at the front and 285/35 R 20 at the rear. 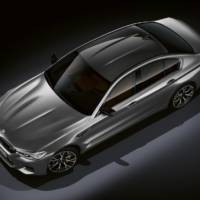 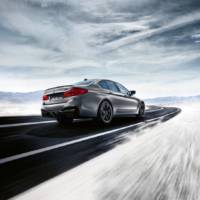 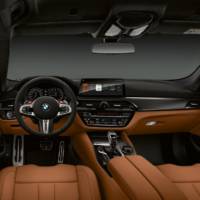 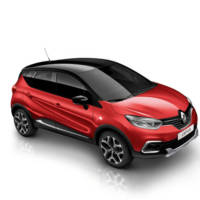 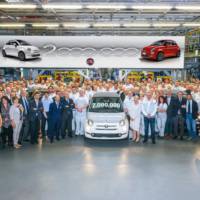