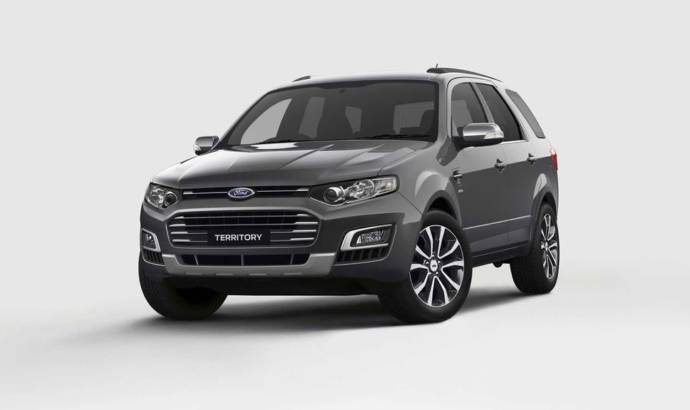 Ford is making a last effort on the Australian market, until they will finally close the local production facilities. The Blue Oval introduces 2015 Territory facelift with a first official image.
Ford still keeps some details secret, but we do know that the new Territory adopts the Aston Martin grille, newly designed wheels, and restyled front bumper. Nothing new at the back, as Ford announces.
The facelifted Territory will keep using the same inline-six cylinder 4.0 liter petrol engine, together with a V6 TDCI diesel engine. The last one is said to account for 50% of the sales.
The official debut will take place in December, together with a Falcon facelift.
Exterior Design Manager Nima Nourian was recently quoted in saying: "Our customers appreciate the functionality, seven-seat capability and fuel efficiency of the turbo-diesel but we also wanted to deliver a new level of visual appeal with the 2014 Territory."
"For 2014 the Territory gains a more robust, yet refined design and you won’t mistake it for anything else but a Territory. Visually the surfacing is more architectural and achieves a very cohesive and sophisticated look."
Ford Australia’s President and CEO Bob Graziano echoed the enthusiastic sentiments of the Territory’s design manager, highlighting the impressive space, fuel efficiency and comfort levels that its customers have become used to: "It consistently ranks as one of the best-sellers in its class and importantly for our customers, is the only Australian designed and engineered SUV," he said.
With its new front-end design and smartly efficient engine variants, customers can look forward to driving a flagship SUV that provides the required level of practicality (comfort, space, fuel economy, etc) while still being entirely reliable when it comes to negotiating tricky and treacherous terrain. It’s not named the Territory for nothing, as its power and manoeuvrability should see you through the stickiest of offroading conditions.
With its established credentials, solidly appreciative consumer base and dramatic new design, it would be surprising if the new Territory didn’t go on to generate another set of impressive sales figures and make a lot of SUV enthusiasts very happy! 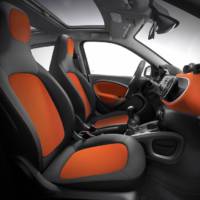 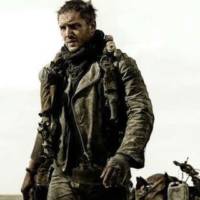