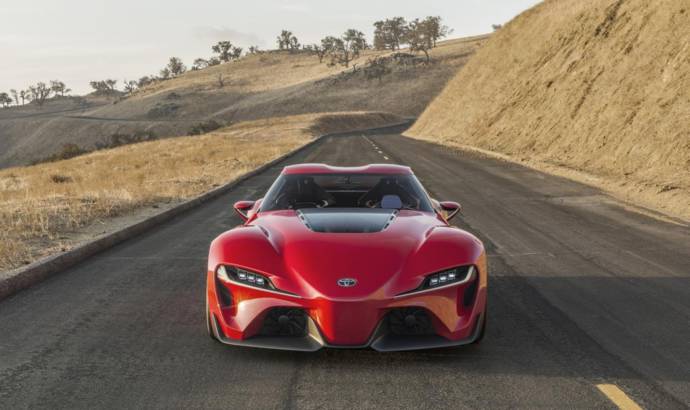 „The ultimate sports car”, as the Toyota calls it, the FT-1 concept has been unveiled today at the North American International Auto Show in Detroit.

For the moment we don’t know if the automaker will build a production version or whether it will be called "Supra", but the FT-1 is groundbreaking, and it shows the efforts Toyota had put in its creation.

Work on the project started two years ago and was conducted by the Calty design studio, which is based in California.

The body of this magnificent concept incorporates inlets, ducting and vents that manage the movement of air over and through the body, while the retractable rear wing tilts forward at speed to create additional downforce. Also, the new Toyota concept has a wraparound windshield and a side glass openings and long hood inspired by the 2000GT.

SEE ALSO:  Toyota GR Yaris has a 118 HP base version in Japan

The interior of the FT-1 is stripped down like that of a race car. But we must say that the Toyota designers rethought how the driver should interact with the vehicle, putting larger buttons on the steering and installing. Also, the futuristic car features a delta-shaped display area and a color heads-up display to keep the driver focused on the road up ahead.

For the moment, technical details have not been provided but Toyota mentions the FT-1 concept “represents an ideally balanced front-engine, rear wheel-drive layout that is powered by a high-technology, high performance internal combustion engine”. 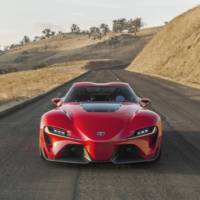 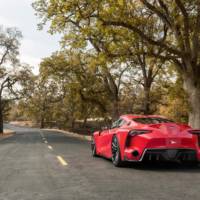 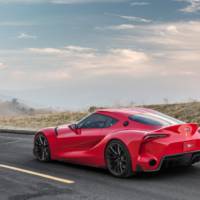 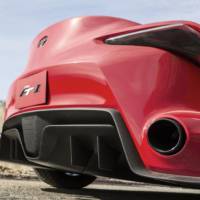 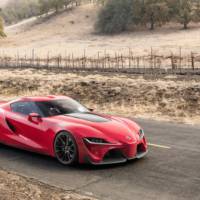 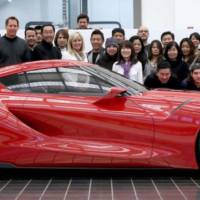 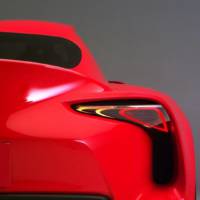 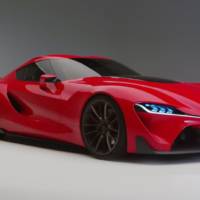 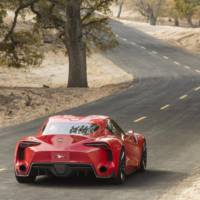 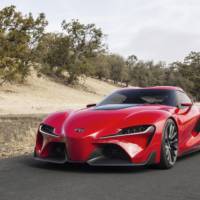 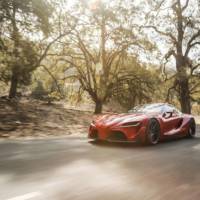 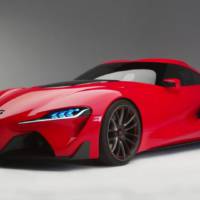 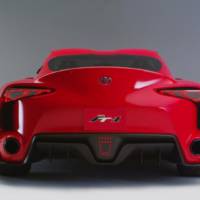 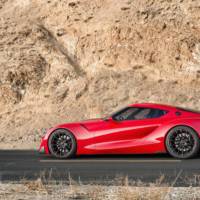 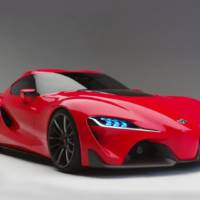 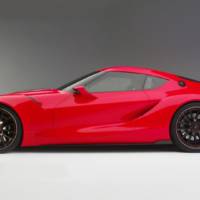 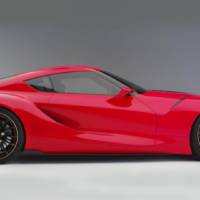 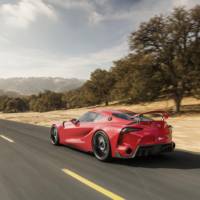 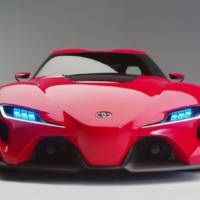 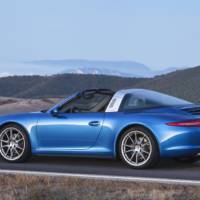