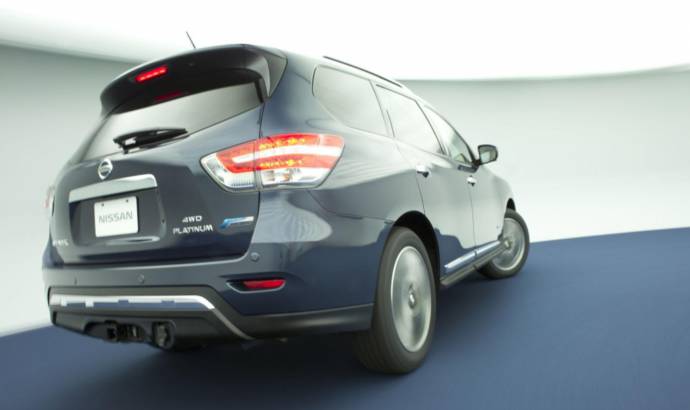 For the 2014 model year, the evolution of the Pathfinder continues with the introduction of a new affordable hybrid powertrain system designed to enhance fuel economy and reduce CO2 emissions with no reduction of driving performance, passenger roominess or cargo capacity.

The Pathfinder’s new Hybrid powertrain option will be available in three fully equipped trim levels – SV, SL and Platinum – when it joins the lineup in late summer 2013. It is expected to be priced at around just $3,000 more than Pathfinder 3.5-liter V6 models.

For the Hybrid version, Pathfinder’s standard 3.5-liter V6 is replaced by a new supercharged 2.5-liter gasoline engine and an electric motor paired with a compact Lithium-ion (Li-ion) battery. The 15 kW electric motor and gas engine work in tandem to provide performance similar to the conventional Pathfinder. The system is rated at 250 net horsepower and 243 lb-ft of torque – versus the 3.5-liter V6’s 260 horsepower and 240 lb-ft of torque.

The hybrid system also uses a Nissan Intelligent Dual Clutch System (one motor / two clutch parallel system) that efficiently manages power from both the electric motor and the gas engine. Positioned between the gasoline engine and the next-gen Xtronic CVT (where the torque converter would normally be), the motor also functions as a generator, conveying deceleration force from the CVT to the battery. One clutch is installed between the gasoline engine and the electric motor, the other within the CVT. 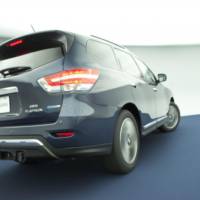 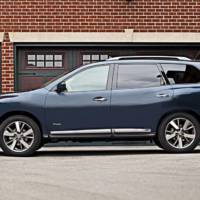 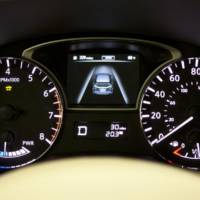 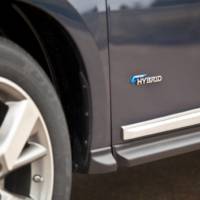 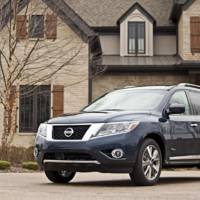 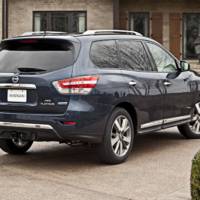 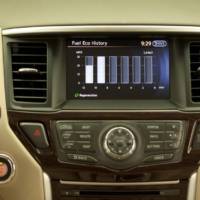 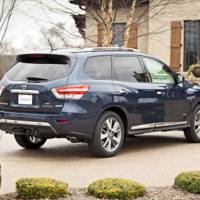 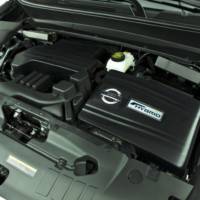 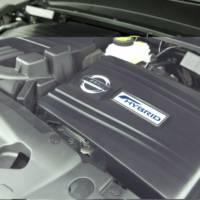 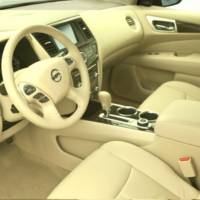 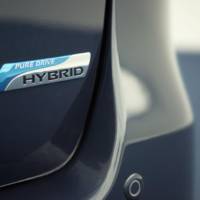 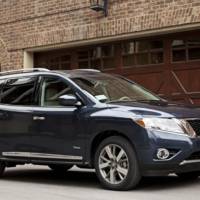 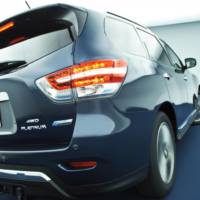 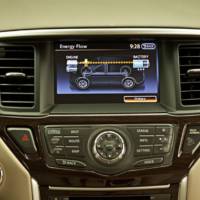 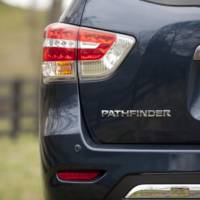 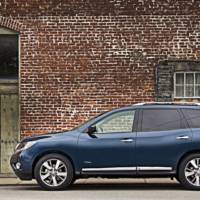 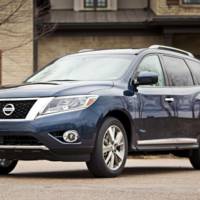 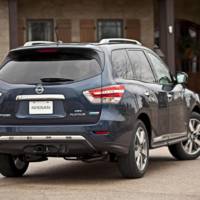 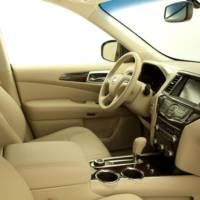 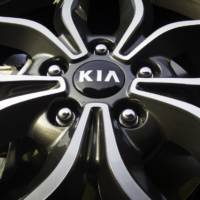 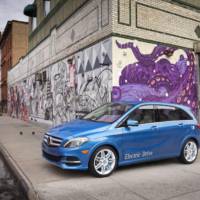