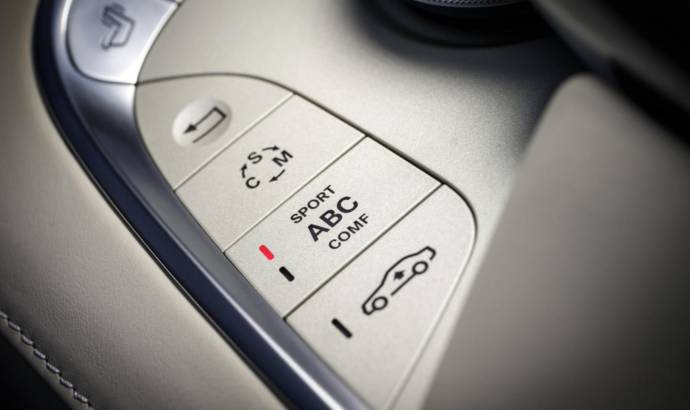 Twelve cylinders, twin-turbocharging, 630 hp of output and 1000 Newton-metres of torque – the new S 65 AMG sets new standards as the most powerful vehicle in its segment of the market. Exceptional performance and outstanding dynamism – these are the hallmarks of the AMG 6.0-litre V12 biturbo engine.

With its reduced fuel consumption and compliance with the EU 6 exhaust emissions standard, the new V12 saloon is fit for the future. The AMG sports suspension based on MAGIC BODY CONTROL comes as standard with ROAD SURFACE SCAN, the world’s first suspension with eyes. It goes without saying that the S 65 AMG offers supreme exclusivity in design and equipment specification. Two innovations, the head-up display and the touchpad, represent further enhancements in terms of comfort and safety.

The AMG 6.0-litre V12 biturbo engine delivers 630 hp with a maximum torque of 1000 Newton-metres – figures that enable the S 65 AMG to outperform all other vehicles in its segment. This superiority is highlighted by the car’s performance: the S 65 AMG accelerates from 0 to 100 km/h in 4.3 seconds, with a top speed of 155 mph (electronically limited).

With a fuel consumption of 23.7 mpg (NEDC, combined), the new S 65 AMG is the world’s most fuel-efficient V12 high-performance saloon in terms of power and torque. The range-topping 12-cylinder model already meets the requirements of the EU6 emissions standard, which is not due to come into force until 2015.

Opening the bonnet reveals the exclusive carbon-fibre/aluminium engine cover, which is a further sign of the exceptional status of the AMG 6.0-litre V12 biturbo engine. Two AMG logos on left and right together with a centrally positioned Mercedes star create a lasting impression. The 12-cylinder engine is assembled by hand at AMG’s engine production facility in compliance with the most rigorous quality standards according to the philosophy "one man, one engine".

As before in the SL 65 AMG high-performance roadster, AMG combines the 6.0-litre V12 biturbo engine with the AMG SPEEDSHIFT PLUS 7G-TRONIC. Unlike in the direct predecessor of the S 65 AMG, which featured an AMG SPEEDSHIFT five-speed automatic transmission, the seven-speed automatic transmission with its wide ratio spread guarantees a noticeably lower engine speed level. This makes a key contribution to reducing the vehicle’s fuel consumption. The efficiency of the powertrain is further significantly improved by the fuel-economy converter, reduced-friction bearings and transmission oil heat management.

The S 65 AMG features as standard the AMG sports suspension based on MAGIC BODY CONTROL. The new S-Class is the first car in the world able to recognise road surface undulations in advance. If ROAD SURFACE SCAN detects such undulations with the help of the stereo camera, MAGIC BODY CONTROL adjusts the suspension in advance to suit the situation. The "Comfort" and "Sport" modes are available for a driver-defined suspension setup. While AMG-specific elastokinematics on the 4-link front axle and multi-link independent rear suspension make for greater directness when a dynamic driving style is adopted, the AMG sports suspension based on MAGIC BODY CONTROL ensures the proverbial Mercedes long-distance comfort.

Like the previous model, the new S 65 AMG is available exclusively with a long wheelbase. The AMG V12 saloon will celebrate itsdouble world premiere simultaneously at the Los Angeles International Auto Show and at the Tokyo Motor Show (both: 20 November to 1 December 2013). 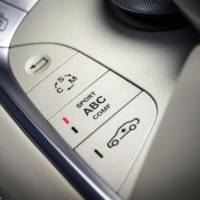 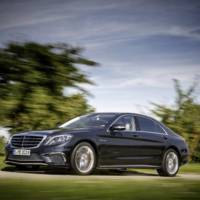 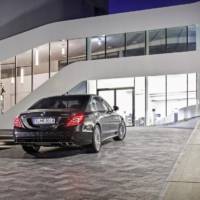 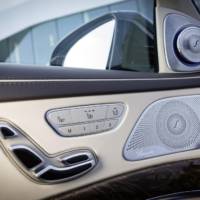 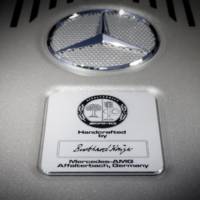 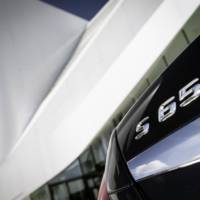 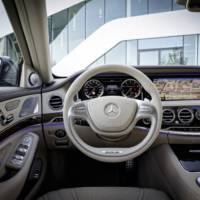 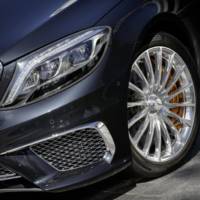 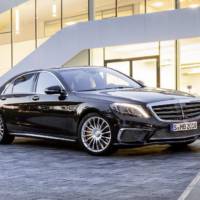 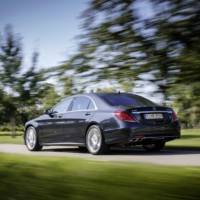 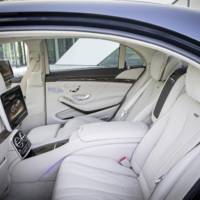 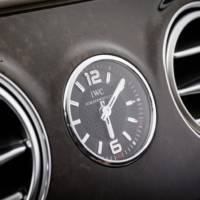 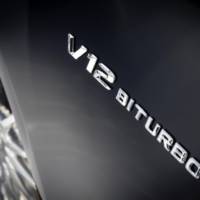 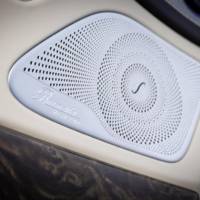 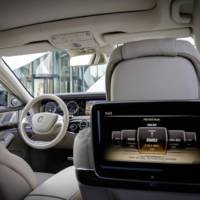 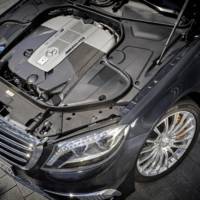 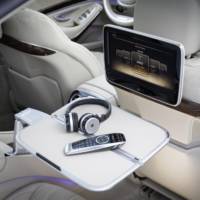 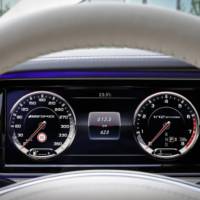 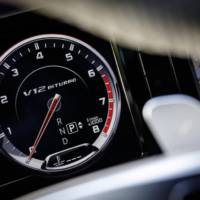 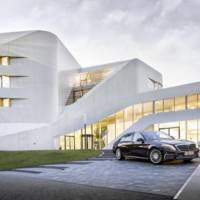 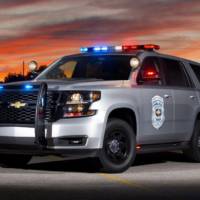 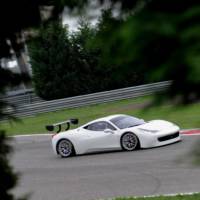