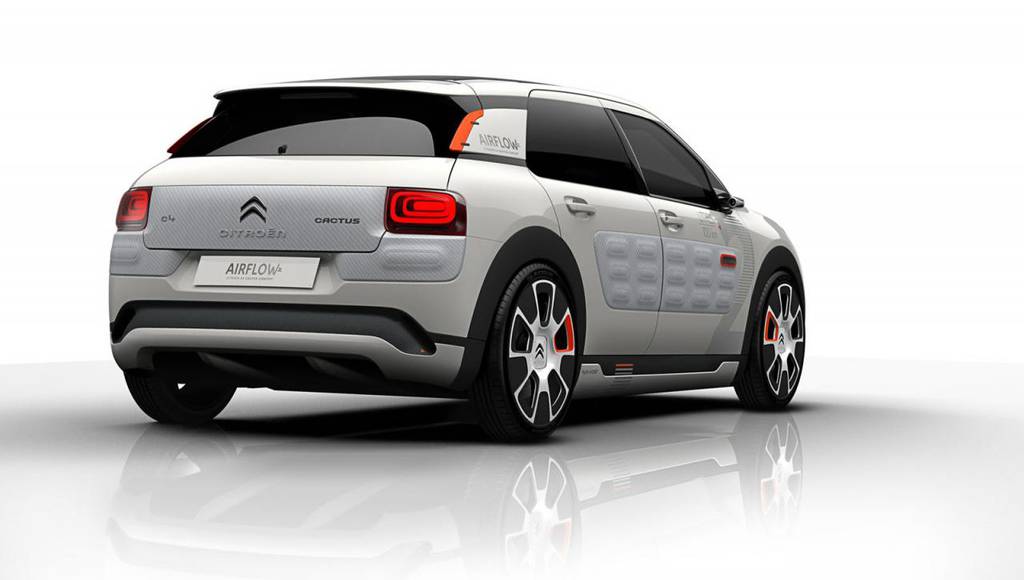 Citroen has officially unveiled the new 2014 Citroen C4 Cactus Airflow 2L Concept, a prototype which will be showcased at the Paris Motor Show. As you imagined, the car is based on the C4 Cactus but it comes with lots of improvements to reduce the fuel consumption and CO2 emissions.

On the front part of the car we see a new bumper with three air intakes that are able to open to cool the engine and close to improve aerodynamics. More than that we see a larger rear spoiler and 19-inch alloy wheels with active shutter flaps along with ultra-low rolling resistance tires.

The side mirrors were replaced with cameras to minimize drag. As a result, the car is 20% more aerodynamic than the production model. In addition, the French engineers have used lightweight materials including aluminum, composites and high-strength steel. Under these conditions, the 2014 Citroen C4 Cactus Airflow 2L Concept is 100 kilograms (220 lbs) lighter than the standard car.

Under the hood is a Hybrid Air power trains made from a 1.0 liter three-cylinder PureTech 82 horsepower engine and a compressed air energy storage unit. The latter one is matted to a hydraulic pump/motor and an automatic transmission with an epicyclic gear train does the job. According to Citroen, the new 2014 C4 Cactus Airflow 2L Concept can work in three different ways using only air, only petrol or a combination of both. As a result, the new French concept is able to return 2 liters per 100 kilometers (117 mpg). 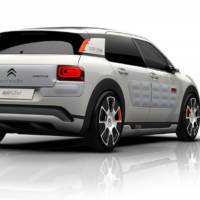 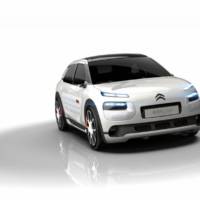 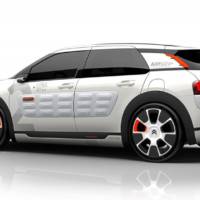 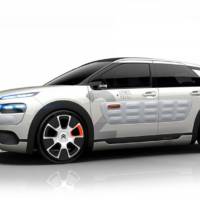 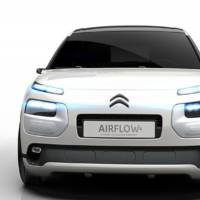 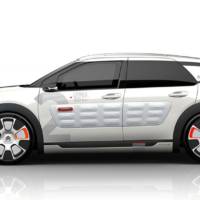 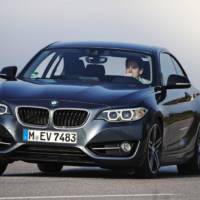 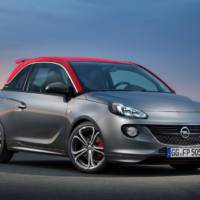