The Skoda Fabia and Roomster models will now carry the new Skoda vehicle logo and, for the first time, the Skoda lettering. The brand name and the respective model name will appear on the vehicle rear and additional designations such as TSI or TDI will now appear in a new typeface.

The first model to feature the revised logo was the Skoda Citigo. The new Skoda Rapid compact hatch, introduced in autumn of 2012, also bears the new logo. The Fabia and Roomster will now become the third and fourth Skoda models to receive the new logo, the Skoda lettering at the rear and the model designation in a new typeface.

The logo appears in several locations both on the outside and inside of the cars: on the bonnet, at the rear, on the centre cover of the wheels and/or on the wheel trims, on the steering wheel, the engine cover and on the vehicle key.

In addition, the Fabia and the Roomster will now carry the Skoda lettering at the rear, a first for these models.

Compared to the existing logo, the new winged arrow in chrome and black appears significantly fresher. The winged arrow is precisely contoured and stands out in chrome on a black-matte background framed by a fine chrome line. The current laurel wreath and integrated Skoda lettering will no longer be included in the new logo. 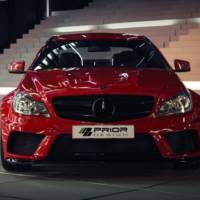 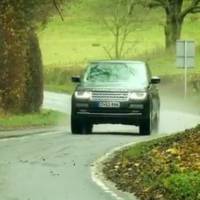 NEXT 04 Jan 2013
Video: The 2013 Range Rover meets its ancestors in AutoExpress drive-test