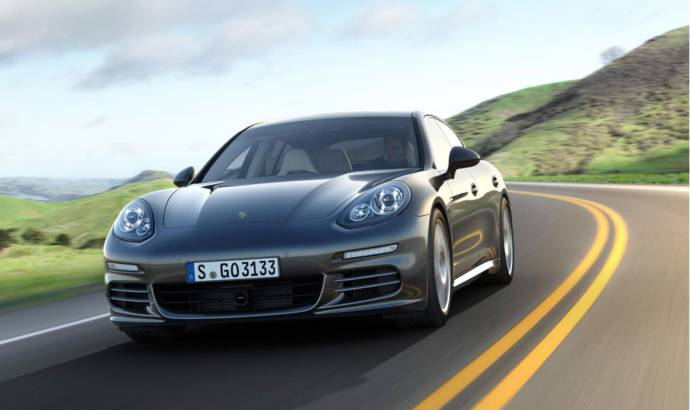 Since its launch in 2009, the Panamera Gran Turismo has successfully expanded the appeal of the Porsche marque into the executive saloon segment. Now, a new chapter in the development of the four door, four seater sports car opens with the unveiling of the second generation Panamera, led by the world’s first plug-in hybrid in the class.

The innovative Panamera S E-Hybrid offers combined system power of 416 hp. Furthermore, an entirely new twin-turbocharged 3.0-litre V6 is now offered in the Panamera S and Panamera 4S. These new and further developed drivetrain technologies have enabled fuel savings of up to 56 per cent, while further enhancing ease of use and driving comfort.

The Panamera S E-Hybrid is a systematically advanced development of the Porsche parallel full hybrid, with a more powerful electric motor, a higher-performance battery that supplies more energy and the ability to be recharged externally from the electrical grid.

The electric drive produces 95 hp (70 kW), which is more than double the power of the previous model’s 47 hp (34 kW) electric motor. It draws energy from a new lithium-ion battery, which at 9.4 kWh has over five times the 1.7 kWh energy capacity of the previous (nickel metal hydride) battery technology. When connected to an industrial outlet, it can be charged within around two and a half hours via the integrated on-board charger and the standard Porsche Universal Charger (AC), and it can be charged in less than four hours when connected to a conventional household electrical outlet.

With its increased output, the Panamera S E-Hybrid far exceeds the driving performance of the previous model. In addition, the NEDC fuel economy has increased by 56 per cent to 91 mpg, which equates to emissions of 71 g/km CO2. Furthermore, the all-electric driving performance has been substantially improved with regard to electric acceleration, the electric range and electric top speed.

The Panamera S E-Hybrid can reach speeds of up to 84 mph in all-electric operation, and the acceleration time from 0-62 mph has been shortened by half a second to 5.5 seconds. The electric boost function helps here, in which the performance of the electric motor aids that of the combustion engine. Boosting can also be activated by kick-down – such as when overtaking. The car’s overall top speed is 168 mph. 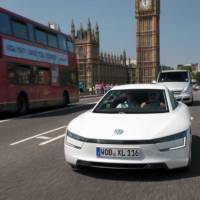 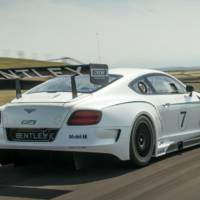