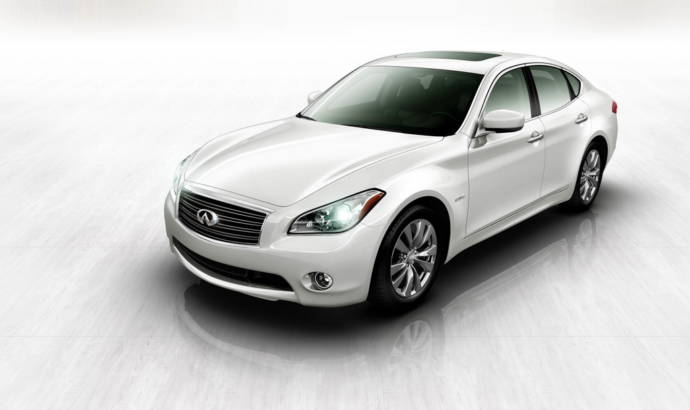 Infiniti announced that the new 2011 M luxury performance sedans will include a hybrid version M35 that is expected to arrive one year later as a 2012 model.
Under its skin the 2012 Infiniti M35 Hybrid will feature a single electric motor/twin clutch arrangement, with the clutch fitted between the naturally aspired 3.5-litre V6 engine and the electric motor. The electric motor can assist the V6 unit when full power is needed as well act as a generator charging the battery.
The 2012 Infiniti M35 Hybrid will be able to use just its electric motor in certain circumstances as a further fuel saving method, but at this point details regarding the vehicle’s driving range, performance and transmission have of been released.
The company says that for Western Europe the 2012 Infiniti M35 Hybrid will receive a high-performance diesel V6 and overall the car will be sold on all of Infiniti’s world markets.
Infiniti press release :
Infiniti today confirmed that its first production hybrid vehicle will be part of the recently announced line of 2011 Infiniti M luxury performance sedans, which are scheduled to go on sale in spring 2010 at Infiniti dealers nationwide. The Infiniti M35 hybrid is expected to arrive about 12 months later as a 2012 model. It is Infiniti’s first hybrid in its 20-year existence, as well as the cleanest and most economical car in Infiniti’s history.
Realizing the high performance/low emissions promise of the recent Infiniti Essence concept car, the M35 Hybrid has been designed and engineered to add to, not take away from, the driving experience, a key part of any Infiniti’s appeal. The M35 Hybrid is based on the all-new M, which itself picks up styling cues from Essence, the show-stopper that made its debut at the Geneva Auto Show early in 2009.
The M35 Hybrid maintains a high performance luxury sedan profile, overlaying it with the fuel economy and CO2 emissions of a smaller car, while delivering driving flair to please any enthusiast – complete with charismatic V6 and rear-wheel drive handling.
Infiniti’s hybrid system, developed solely within Infiniti’s parent group, is a single electric motor/twin clutch arrangement. Innovatively, the first clutch is installed between the naturally aspirated 3.5-liter V6 and the electric motor. The result of this configuration, where all components act on a single prop shaft to the rear differential, is a consistent driving feel under all conditions with linear performance and the “direct responses” that the engineers sought.
The electric motor acts as both propulsion unit, boosting the V6 in “power assist” mode when maximum acceleration is required, and also as a generator. Along with charging the battery in the normal way, the motor recovers energy otherwise lost during deceleration and braking.
The M Hybrid can also run solely on its electric motor in certain driving conditions, furthering fuel efficiency and optimizing energy usage across the widest possible range of driving conditions. Details of driving range, performance and transmission will be released later.
As expected of Infiniti, several new technologies are introduced in the new M35 Hybrid, including a “laminated” lithium-ion (Li-ion) battery pack that is the same size as conventional batteries but offers twice the power. Lamination enhances the pack’s cooling performance, while temperature stability is further improved by the use of manganese positive electrodes. An end result of this is exceptional battery reliability.
The M35 Hybrid joins conventional engine-equipped 2011 M versions – including a new high-performance diesel V6 for Western Europe – as the first Ms to be sold across all of Infiniti’s world markets, currently 33 countries. All of the new-generation Infiniti M models are on target to beat their predecessors on fuel consumption and emissions – despite across-the-board performance improvements – thanks to a range of efficiency-enhancing measures. 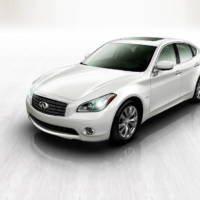 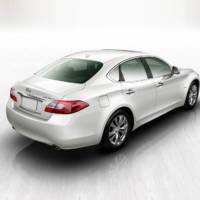 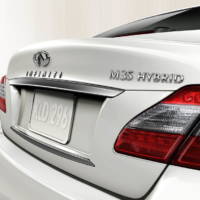 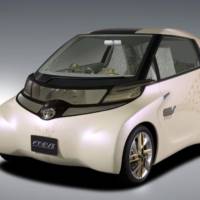 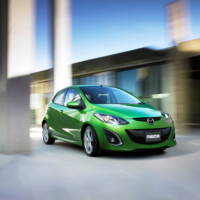