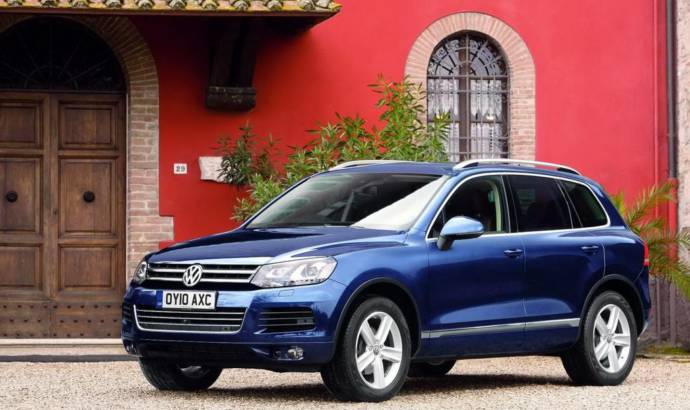 Volkswagen has announced prices for the new Touareg as it opens for
ordering in UK Retailers today ahead of the first customer deliveries
taking place in October.
Prices for the new Touareg start at £38,225 for the SE 3.0-litre TDI
240 PS, while the Hybrid model, which goes on sale next month, costs
£54,995.
The new Touareg builds on the virtues of space and comfort, as well
as off-road and towing ability that led to the original Touareg building
up a loyal following in the UK.  Despite being 40 mm longer both in its
wheelbase and overall length, the new Touareg weighs over 200 kg less
than the outgoing car and is 20 per cent more efficient.
The drive in efficiency is epitomised by the new 3.0-litre V6 TDI and
Hybrid models. The 3.0-litre 240 PS is capable of returning 38.2 mpg
while emitting 195 g/km of CO2 to place it in VED band J, and
is expected to be the volume seller.
The Hybrid model meanwhile can out-accelerate many hot hatches with a
zero to 62 mph time of 6.5 seconds through its combination of a
supercharged 3.0-litre V6 TSI petrol engine developing 333 PS and an
electric motor generating 47 PS resulting in a total output of 380 PS
and 428 lbs ft of torque.  Yet the new Touareg Hybrid is capable of
returning 34.4 mpg while emitting 193 g/km of CO2.
All of the above models feature a number of economy enhancing
features including battery regeneration (recuperation or energy recovery
during braking phases) and a Start/Stop function.
A new 4.2-litre TDI V8 engine producing 340 PS and 590 lbs ft of
torque completes the range.  Despite its substantial power and torque
outputs the new engine is still capable of achieving 31 mpg on the
combined cycle while emitting 239 g/km of CO2.
All new Touareg models have a new eight-speed tiptronic automatic
gearbox.
Standard equipment on the Touareg across the four ranges – SE,
Altitude, Escape and Hybrid – is comprehensive.  On the entry-level SE
model, leather trim, touchscreen satellite navigation with DAB radio,
six airbags, burr walnut interior trim, 2Zone climate control and
4MOTION four wheel drive are all standard.
Prices for the new Touareg follow; for full specification details
please see the price list.  For further information or to configure a
Touareg, visit www.volkswagen.co.uk.
New Touareg pricing 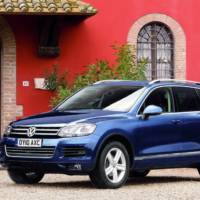 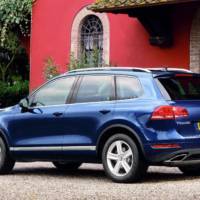 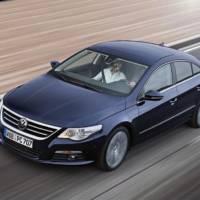 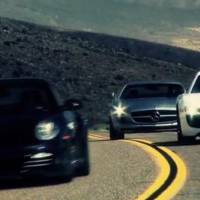